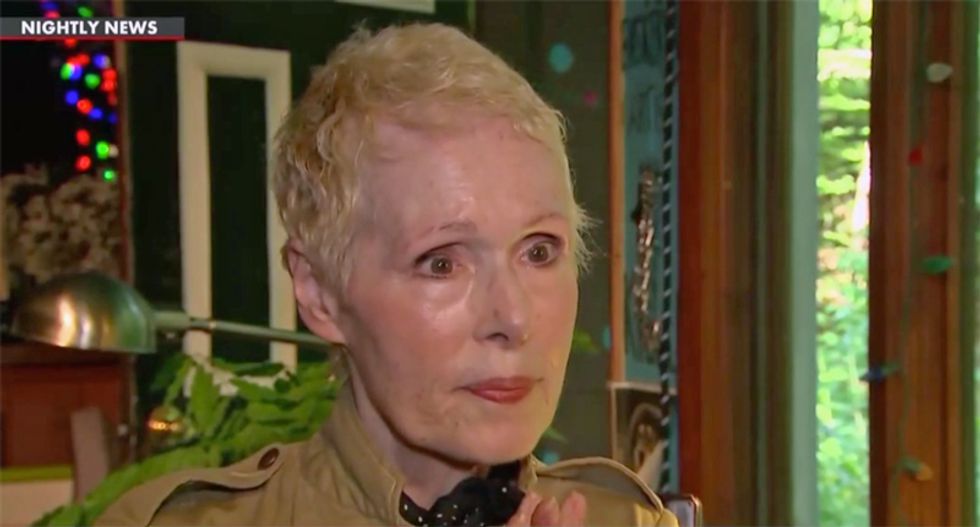 On Monday, according to The New York Times, the Department of Justice argued in court that they have cause to act as President Donald Trump's defense against advice columnist E. Jean Carroll's defamation suit — because the president's denial that he raped her was in his capacity as president of the United States, not as an individual.

"Ms. Carroll has said that Mr. Trump raped her in a department store two decades ago and then falsely denied the attack, branding her a liar and harming her reputation," reported Benjamin Weiser and Alan Feuer. "But Justice Department lawyers say that even though the allegation concerns an incident that occurred decades before Mr. Trump became president, his denial was still an official act because he 'addressed matters relating to his fitness for office as part of an official White House response to press inquiries.'"

Attorney General William Barr first moved for the DOJ to act as counsel for Trump several weeks ago.

"On Sept. 8, the Justice Department took the highly unusual step of seeking to intervene on Mr. Trump’s behalf even though the lawsuit revolved around an event that allegedly occurred in the 1990s, long before Mr. Trump became president," said the report. "Using a law designed to protect federal employees from defamation suits when they perform their duties, Mr. Barr sought to transfer the lawsuit from state court to Federal District Court in Manhattan and to substitute the federal government for Mr. Trump as the defendant."

Barr has defended the move, claiming that it is "done frequently" and "the little tempest that’s going on is largely because of the bizarre political environment in which we live."