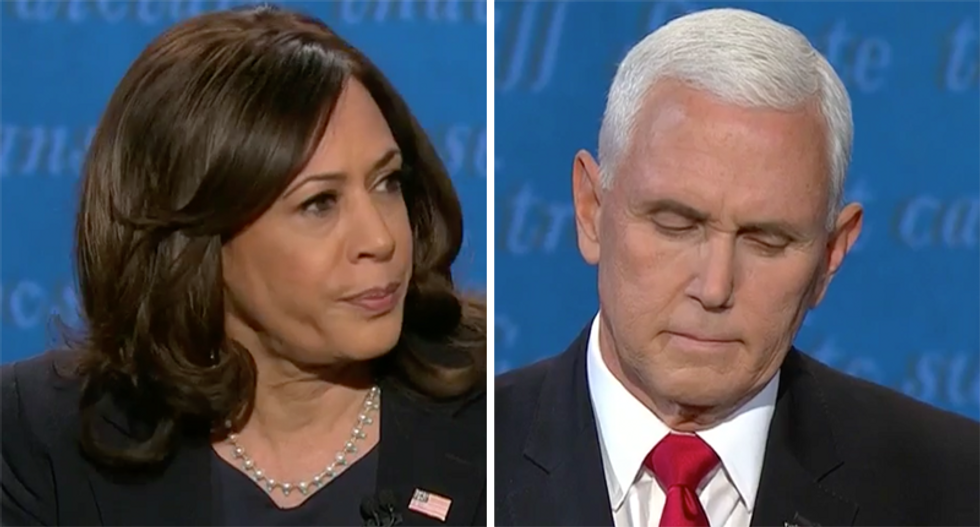 NPR Congress editor Deirdre Walsh asserted that Pence’s debate style was an “almost polar opposite of the president’s.” New York Times conservative columnist Christopher Buskirk called Pence “calm, professional, competent and focused,” claiming that he was “in some sense the answer to every criticism leveled at Trump after the last debate.” The BBC’s Anthony Zurcher contended that Pence’s “typically calm and methodical style served as a steady counterpoint to Trump’s earlier aggression.”

These seemingly disparate styles, however, are two sides of the same coin – manifestations of a particular version of authoritarian white masculinity that has taken over the GOP since it became the party of Trump.

Not only do these styles perpetuate sexist assumptions about leadership, they also are fundamentally undemocratic because they try to silence dissent, foreclose debate and curtail the participation of anyone with whom they disagree in our democracy. 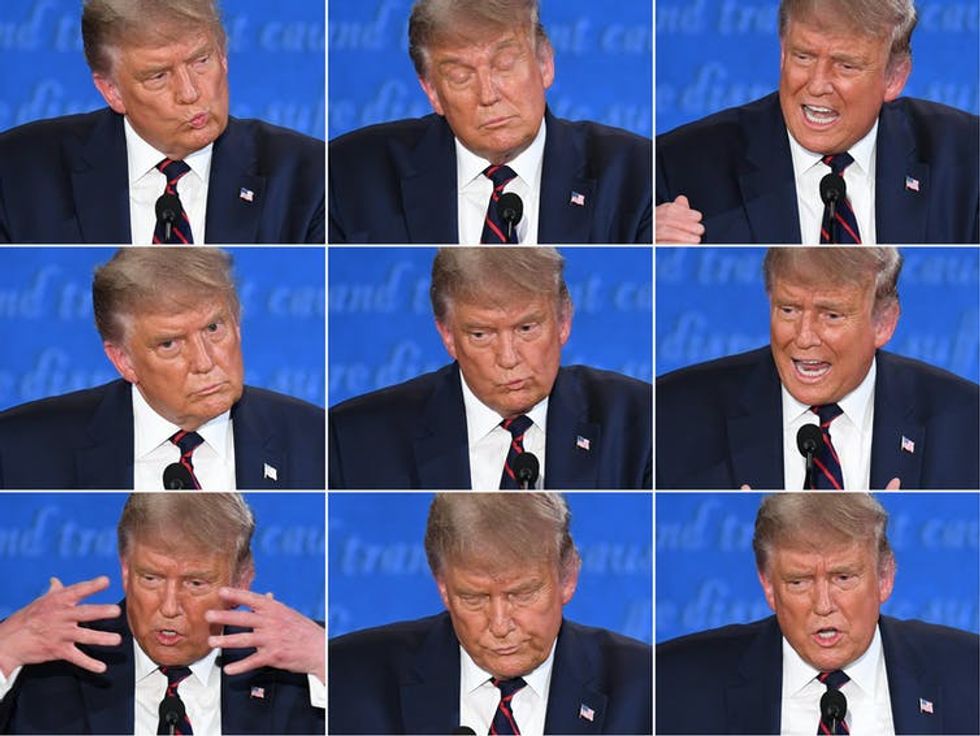 Authoritarian white masculinity is a version of patriarchal authority that has asserted itself in U.S. politics in conjunction with the rise of Donald Trump. It assumes that heterosexual white men are best suited to leadership and casts political leadership by women and people of color as inauthentic – for example, the “birther movement” – or threatening – for example, “lock her up.”

The Trump presidency is, in part, a backlash to the election of the nation’s first Black president and to Hillary Clinton’s nomination in 2016 as the first woman to top a major-party presidential ticket. This reassertion of white patriarchal authority is presented as necessary for the nation’s stability and progress. It’s one way Trump delivers on his promise to “make America great again.”

Where progressive political power aims to expand citizenship, voting and participation, conservative authoritarianism aims to curtail it. As a result, progressive women and candidates of color face a complex set of stereotypes and constraints when challenging the white patriarchy on which the U.S. political system is built.

As a political communication scholar who has studied gender and the U.S. presidency for 25 years, I have observed how talented and driven women have been held back from reaching the nation’s highest office by a culture that rewards authoritarian masculinity.

But I also study the rhetorical ingenuity of candidates like Harris, whose ability to navigate an inequitable political system makes them formidable.

Trump’s approach to the debate on Sept. 29 was to establish himself as someone who leads through dominance.

CNN reported that he “dominated the discussion, talked over his rival, [and] steamrolled the moderator — often without any interruption.” Trump characterized Biden as someone who could easily be “dominated” by what he called “socialists” in the Democratic party.

Trump was unconstrained by either expectations of civility or the rules of the debate. The more disruptive, the better. Drawn in by Trump’s provocations, Biden urged Trump to “shut up, man” and called him a “clown.” Debate observers likened the event to a schoolyard brawl or a bar fight.

Although some commentators cheered Pence’s ostensible civility during the vice presidential debate, Pence persistently ignored the rules to which his campaign had assented, speaking past his time limit, refusing to answer many of moderator Susan Page’s questions, and supplanting the moderator’s authority so that he could pose his own questions to Harris.

Pence’s authoritarian masculinity is the genteel version favored in the patriarchal religious and regional communities that compose Trump’s most loyal base: Southern conservatives and white evangelical Christians. During the debate, Pence said it was a “privilege to be on the stage” with Harris and repeatedly thanked the moderator while ignoring her authority.

When Page moved to a new topic, Pence said, “Well, thank you, but I would like to go back to the previous topic.” When she informed him his time was up, he kept speaking as though no one had said anything. When he wanted to interrupt Harris, he placidly insisted, “I have to weigh in.”

Harris’ response to the vice president’s interruptions were popular with women who have experienced similar rudeness.

Harris refused to be steamrolled. Her gender insulated her from being drawn into a competitive masculinity display, as Biden was in his debate with Trump. But that doesn’t mean her task was easy.

As noted by Politico, Harris had to “navigate stereotypes that pigeonhole Black women as angry and aggressive, and less qualified that white men.”

Harris’ strategy was to meet Pence’s authoritarian masculinity with an authoritative assertion of her own: “I’m speaking.”

Without appealing to the moderator to intervene on her behalf, she did what men routinely do: she took up space. She claimed time. She articulated her qualifications. But she was careful to do it all with a smile.

Twitter lit up as women saw Harris weaving around familiar roadblocks that they routinely encounter in their own lives.

The “dominance” strategy did not work well for Trump or Pence, other than garnering the expected partisan praise. But neither is likely to abandon it. More than a campaign tactic, authoritarian masculinity appears to be baked into their worldviews.

As Trump’s electoral prospects dwindle, his belief in his inherent entitlement to authority appears to be fostering a host of anti-democratic practices: contesting election procedures to reduce voter participation; declining to commit to accepting the results of the election if he loses; sabotaging or boycotting debates.

When Trump told Maria Bartiromo on Fox News that he planned to stage a rally instead of debating Biden in a COVID-19-safe virtual format, it was revealing. Debates are rituals of democracy, dating back to the classical Greek agora, flourishing in the Continental Congress that birthed the United States, and held up as the ideal form of campaign communication after those made famous by Abraham Lincoln and Stephen A. Douglas.

Rallies, on the other hand, are authoritarian political theater popularized by demagogues and dictators.

And the attraction of authoritarian masculinity seems to be shared by other Republican politicians. On the night of the vice presidential debate, Sen. Mike Lee posted a tweet that implied that something other than democratic governance might be required in order for “the human condition to flourish.”

Presidential campaign cycles present voters with the opportunity to think about the expectations they have of political leaders, who those standards benefit and constrain, and how they promote or impede democratic engagement. As such, campaign communication and presidential debates are about much more than political strategy. They build – or break – American democracy.