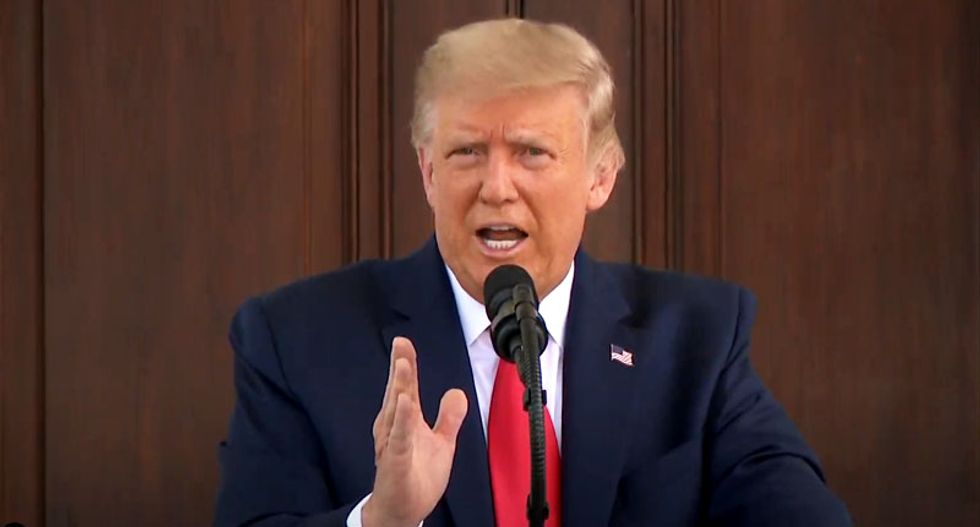 Commenters on social media ridiculed the president's performance, with many agreeing the night was a disaster for him.

Many people are saying President Trump couldn't handle more than an hour of questions at his town hall.
— Chuck Schumer (@Chuck Schumer)1602811624.0

The only good thing about these two competing town hall events is that they show how much Biden is held to a differ… https://t.co/uyZaL1sJU7
— Tom Nichols (@Tom Nichols)1602810772.0

the reason this town hall is a disaster for Trump is he treats every questioner as if they are attacking him, and s… https://t.co/g6CQjTbaIi
— b-boy bouiebaisse (@b-boy bouiebaisse)1602808749.0

I know I was supposed to boycott @MSNBC Trump town hall, but I couldn’t help myself, and it’s awesome. Trump is dec… https://t.co/DQFX3XnREt
— Chelsea Handler (@Chelsea Handler)1602808066.0

This Trump town hall is a fucking disaster for him. He just refused to denounce QAnon and now he’s having a meltdown.
— Jon Favreau (@Jon Favreau)1602807409.0