Donald Trump Jr.: Biden already had a chance to 'fix' racism because Obama is Black 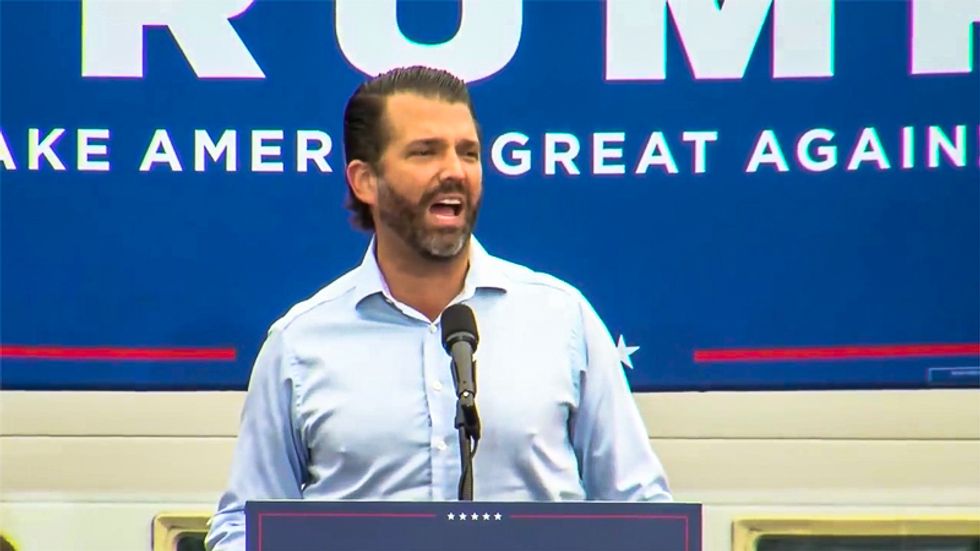 Donald Trump Jr. on Tuesday argued that former Vice President Joe Biden should have solved racial tensions when there was an African-American president.

At a campaign event in Pennsylvania, the president's son responded after a member of the audience called Biden a "racist."

"Well, he is," Trump agreed. "He was best friends with every segregationist ever to walk the halls of Congress."

"But he's going to fix those issues now, right?" he added sarcastically. "Now he's going to fix racial tensions in America. Why did you wait 47 years, Joe? You know, if you really cared, if you thought it was something you were going to campaign on, maybe you would have utilized, I don't know, your 38 years in the United States Senate."

Trump added: "How about if you really wanted to do something about the issue -- because this is what I would have done. Now, I have a brain but maybe it's different. But if I really cared about the issue I would have maybe utilized my eight years as vice president to the first African-American president."