Dr. Bright was 'horrified' that the White House would call and demand he develop way to inject disinfectant 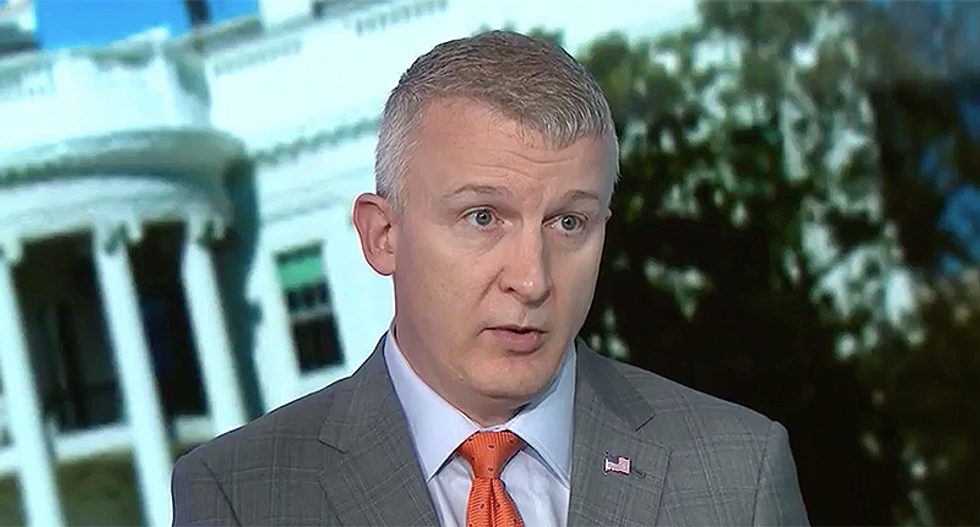 In his first interview since leaving the government, Dr. Rick Bright told CNN's Jake Tapper that government scientists are very seriously concerned that President Donald Trump will "rewrite science" or "come up with fake science" to justify their politics.

Dr. Bright initially was reassigned to the NIH while he was working on developing a coronavirus vaccine and therapeutics for the COVID-19 outbreak. He suspected it was politically motivated because he refused to push Hydroxychloroquine, a drug that Trump falsely decided would cure the coronavirus. The president has since backed off of Hydroxychloroquine being a "miracle" or a "cure-all."

He went on to say that he was "horrified" that he would get a call from the White House saying that they needed to find a way to inject disinfectant into people. "That wasn't a joke," Dr. Bright told Tapper, dispelling the claim from Trump that his comment was a joke.

"There are so many career scientists in our government health care system," Dr. Bright continued. "These are the best scientists in the world. I would put the expertise and experience and the judgment, the scientists we have, the CDC, the FDA, NIH and BARTA, all throughout our government up next to or against anyone in the planet, and our scientists are going to shine. They are concerned about this White House and this administration overruling the best scientific judgment. They are concerned about the political pressure that has been put on them to change a course of behavior, a course of action, or to rewrite science, or come up with some fake science and then put it forward as the truth. So, they're very frustrated."

"They're concerned that the truth isn't getting out," he explained. "They're concerned that the best guidance and practices aren't being heard, and they're concerned about the lack of leadership, leading by example, encouraging people to follow those guidelines. So, their frustration is because by blocking this information, by holding back their best evidence, and their best guidance, then it's leading to more infections. It's leading to more hospitalizations. We have 30,000 people in our country right now in the hospital from COVID-19. More people are going to die because scientists are being pushed back. Scientists are not being heard. And I am trying to speak up and encourage others like me, in our medical field and our scientific field to speak up because Americans need to know the truth. The world needs to know the truth. If we continue to hide the truth, then we're going to see many more deaths that don't need to occur."

He also noted that in early January he started working on the vaccine and preparing for the pandemic but at every step of the way, the White House tried to block him. He said he wanted to buy PPE, swabs, and other things that were all ignored when they attempted to push back against him. Finally, when he spoke out, they demoted him.