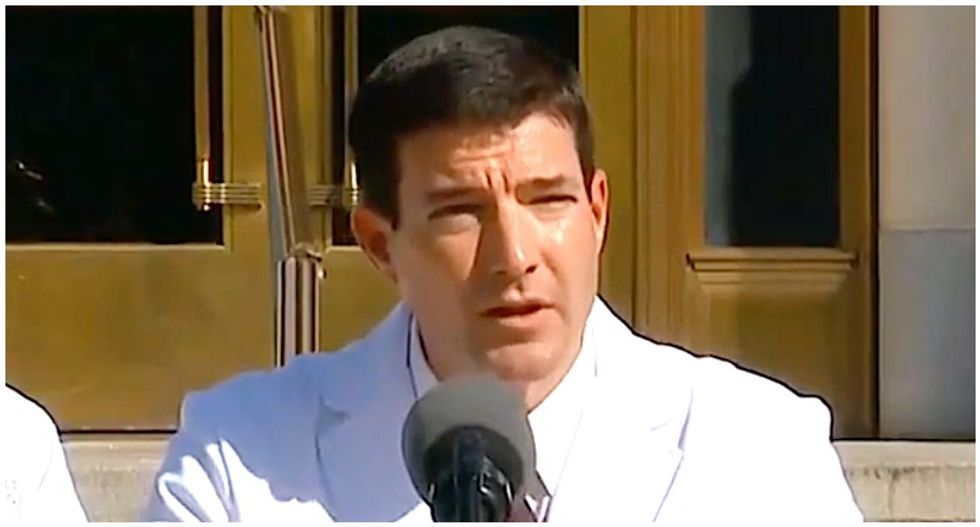 Having basically surrendered to the coronavirus, Republican President Donald Trump has increasingly said that he'd like to stop focusing on COVID-19 prevention measures and instead go for "herd immunity." The White House is even backing a petition signed by thousands of doctors around the world who support the idea.

The only problem: Many of the petition's signers are fake, using names like "Dr. I.P. Freely, Dr. Person Fakename and Dr. Johnny Bananas," according to TruthOut.org.

Herd immunity is a term often applied to widespread vaccine use, in this case means "allowing the virus to spread in the general population … so that allowing those least likely to be killed by the virus to return to normal life" while protecting those most vulnerable to the virus' lethality.

While that might sound appealing, the Trump administration has shown how poorly it protects the most vulnerable—the lack of a national prevention strategy, widespread affordable testing, and Trump's refusal to use the Defense Production Act to get manufacturers to make widely available personal protective equipment (PPE) for frontline healthcare workers are just its most glaring failures.

To promote the idea, which Trump has repeatedly mentioned on the campaign trail, the White House has shared a petitioned called The Great Barrington Declaration, promoting the idea. However, anyone can sign the petition and declare themselves as a doctor, including people who work as massage therapists, psychotherapists and homeopaths, a practice with no proven medical benefits.

Furthermore, on Monday, World Health Organization (WHO) Director-General Tedros Adhanom Ghebreyesus called the herd immunity strategy "scientifically and ethically problematic" because scientists don't know enough about how much immunity a person gains after catching COVID-19 and how long it lasts, especially since some people have been infected by the virus more than once.