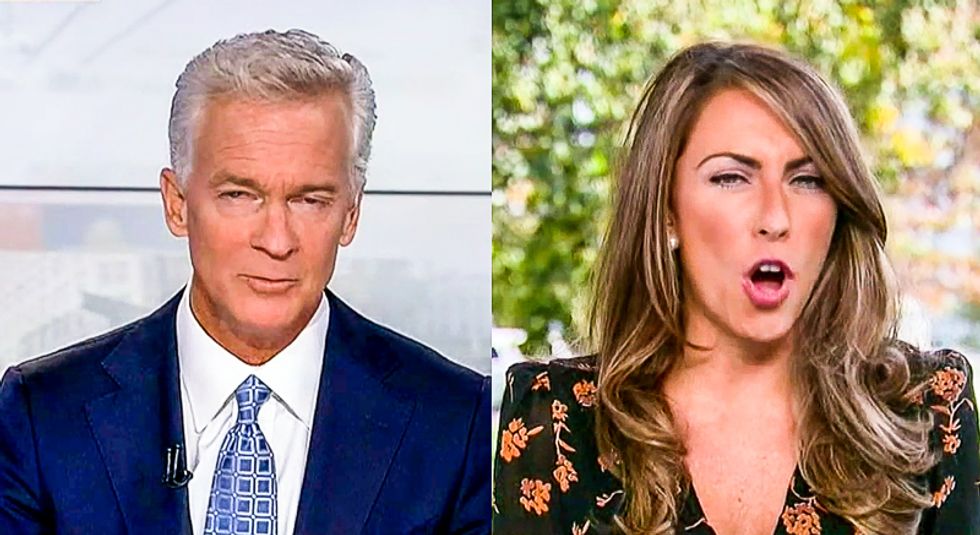 "There really, truly has been some confusion," Gallagher noted. "There have been some mixed messaging coming from the White House and coming from the doctors. Why hasn't the White House come out and just cleared the deck, cleared up all this stuff and said, you know, this is the way it is, this is what happened and given everyone a tick-tock of what happened from the beginning when he was confirmed with coronavirus until today?"

"This is an evolving situation," Farah replied. "We're striving to be as transparent as we can for the American public."

"If the doctor conveyed a level of confidence yesterday, it's because it was accurate," she explained. "The day before, things were a little bit more concerning and [Chief of Staff Mark Meadow's] comments reflected that."

"Nobody's saying that the information wasn't accurate," Gallagher said of the president's doctor. "They're saying he omitted some stuff or he wouldn't comment on some stuff. And even today, he kind of came out and he acknowledged, well, he was doing that because he was trying to put on a brave face."

Farah argued that Conley declined to answer questions about the president's health because he didn't have all the facts.

Gallagher objected: "He had the facts. He just chose not to share them because he was trying to put on a brave face, an upbeat face as he said it."

"But is it also a common medical practice to put the proper information out there?" Gallagher pressed. "And to let people make up their own minds?"

"You have our commitment," Farah said. "We're going to continue to be transparent and give you all the facts."

Fox News host Tucker Carlson is extremely worried that texts he exchanged with Alex Jones will leak, according to Fox News sources.

Two sources familiar with their relationship told The Daily Beast's "Confider" newsletter that Carlson and the right-wing conspiracy theorist trade text messages on a daily basis, and they said those communications would be "highly embarrassing" for the Fox News host if they're publicly revealed.