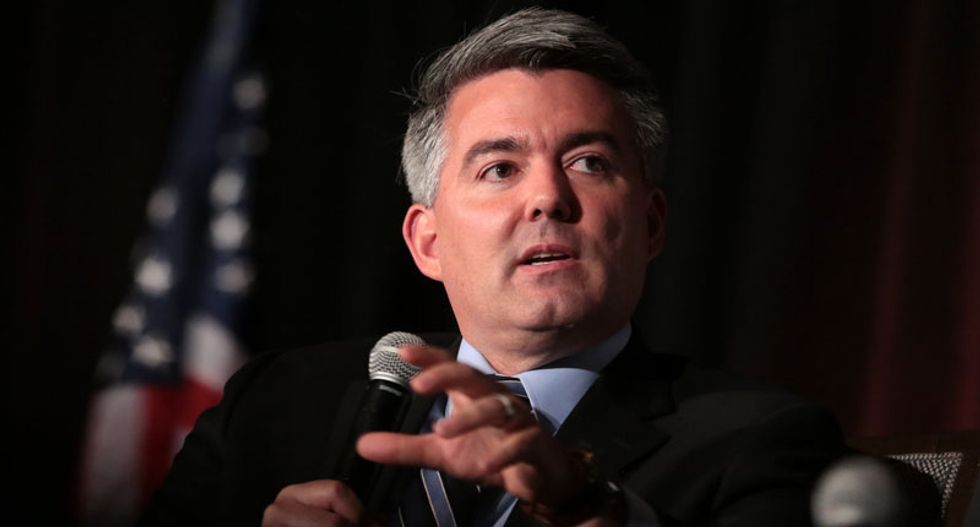 The world view of American democracy has been tilted on its axis as a direct aftermath of U.S. Supreme Court Justice Ruth Bader Ginsberg's death and the nearly barbaric nomination of Judge Amy Coney Barrett to fill her lifetime seat. Now conservative Republicans are upping the speed on the shock collar around citizen's necks, figuratively speaking of course.

There's a game of gaslighting going on at the judicial level in the United States and at the epicenter is the validity of the Affordable Care Act. While polls increasingly show support among Democrats and independents for the Affordable Care Act, President Donald J. Trump and Republicans are peddling the exact opposite messaging to their donors and supporters. Protecting Americans with pre-existing conditions is on the chopping block if Republicans have their way, but voters overwhelming support keeping the current measures in place.

"Gardner has voted at least nine times in the last three years to undermine Obamacare." Packard wrote. "However, he's now attempting to rewrite his own record with a fig leaf of a bill that he erroneously (according to experts) claims would protect Americans with pre-existing conditions. Gardner, who is up for re-election this year and is considered a 'vulnerable' Republican, is airing false TV commercials claiming to be a protector of people with pre-existing conditions. People like me. But these commercials are pure political spin."

Packard continued, "Hypocrisy aside, Gardner's lies are personal for me. Three years ago, I walked into a doctor's office with a nagging cough. I walked out with a diagnosis of stage 4 cancer (Hodgkin's lymphoma). I survived surgery in the hospital and another hospitalization after that, followed by six months of biweekly poisonings of my body via chemotherapy and then a month of burning my body through radiation. That should have been the hard part. The day after my first chemotherapy appointment, Republicans in the House voted to repeal the Affordable Care Act, the insurance that was helping keep me alive."