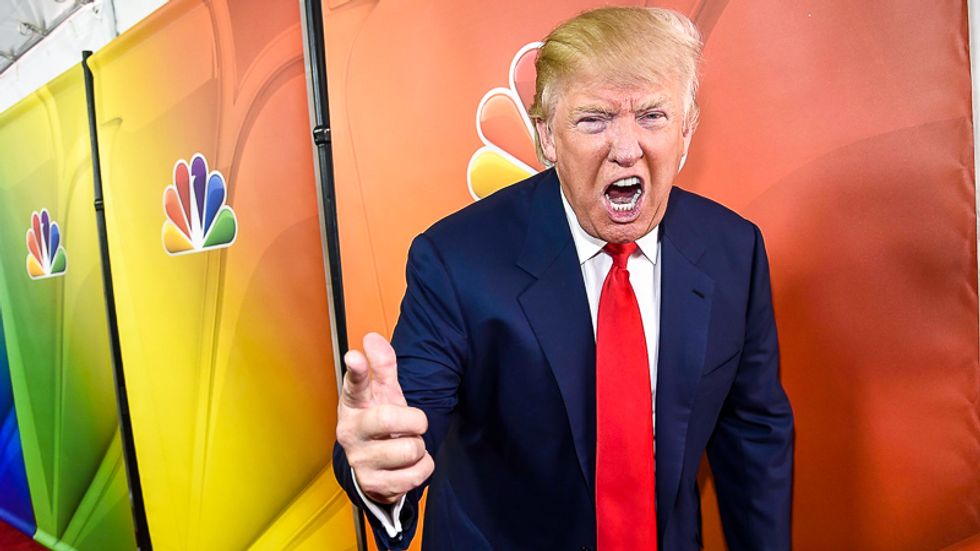 Staffers at NBC, CNBC and MSNBC were said to be angry this week after learning that President Donald Trump was offered the opportunity to hold a solo town hall event.

NBC announced on Wednesday that the network will host a 90-minute town hall event for Trump opposite a similar event for Democratic candidate Joe Biden, which will air on ABC.

The event was only scheduled after a debate with Biden was cancelled because the president, who tested positive for COVID-19, refused to participate virtually.

Reporter Yashar Ali said that he had been contacted by "over a dozen" staffers at NBC and its sister networks.

"I've heard from over a dozen NBC, MSNBC, and CNBC sources (talent and staff) and the frustration with and anger toward their employer for scheduling a town hall against Biden is palpable," Ali revealed.

Others on Twitter also lashed out at NBC for "rewarding" Trump with a 90-minute event.

I managed to foster a small glimmer of hope over the past two weeks. Today I wake up to NBC giving Trump free airti… https://t.co/6ztlHzopRe
— James Sanders (@James Sanders)1602686819.0

NBC's decision to continue boosting Trump--regardless of the norms they trample in order to do so--is the strongest… https://t.co/FPSdG1x8qI
— Max Burns (@Max Burns)1602686718.0

NBC is gonna put the orange idiot on their network opposite Biden’s town hall on ABC...why are they doing this afte… https://t.co/kiUz5ohxZn
— Dana Ashbrook (@Dana Ashbrook)1602686588.0

@JoeBiden Trump once again correctly wagered that even if he refuses to do another presidential debate, outlets lik… https://t.co/p3hxnHGGnB
— Max Burns (@Max Burns)1602686467.0

NBC and Trump have always been in a toxic relationship, it seems. Read this story for the toddler behavior he exhib… https://t.co/K1ypwTfYIc
— Laurie Brookins (@Laurie Brookins)1602686012.0

@mitchellreports Why would @NBC allow themselves to be a vehicle for Trump’s bad behavior? You’re rewarding him for… https://t.co/GVCYhIDToX
— Joe Mirabella 🏳️‍🌈 (@Joe Mirabella 🏳️‍🌈)1602685799.0

If NBC wanted to give Trump a platform after he backed out of the debate, why on earth would they schedule the town… https://t.co/KiWGGmJKoi
— George Takei (@George Takei)1602685724.0