Ex-Republican explains why he foresees a 'decade of Democratic dominance' 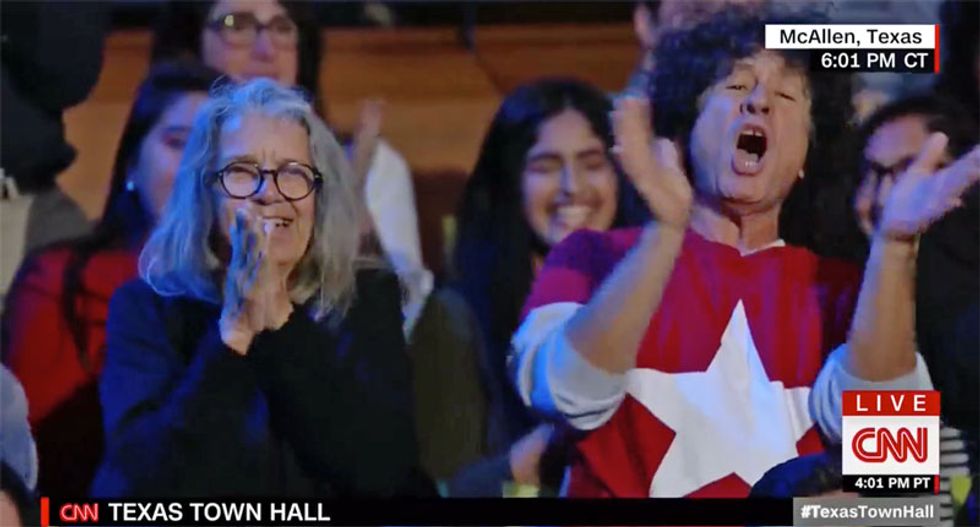 Over the years, veteran conservative columnist George F. Will has had plenty of criticisms of liberals and progressives — and contrary to what many of President Donald Trump's far-right supporters have claimed, Will is still politically right-wing. But there is no question that Will, who left the Republican Party and is now supporting former Vice President Joe Biden, has been a blistering critic of Trump. And this week in his Washington Post column, Will not only predicts that Biden will defeat Trump on November 3 — he predicts that the election will be so devastating for Republicans that Democrats will dominate the federal government for at least a decade.

"By a circuitous route to a predictable destination," Will predicts, "the 2020 presidential selection process seems almost certain to end Tuesday with a fumigation election. A presidency that began with dark words about 'American carnage' probably will receive what it has earned: repudiation."

As Will sees it, Trump has been so toxic for the GOP and the conservative movement that his presidency needs as vehement a "repudiation" as possible. And like members of the Lincoln Project — a right-wing anti-Trump group that has been airing pro-Biden ads — Will believes that a Democratic landslide on November 3 will encourage the reset that American conservatism needs.

Will writes, "In defeat, Trump... will probably say that if not for the pandemic, Americans would have voted their pocketbooks — which would have been bulging because of economic growth — and reelected him. Americans, however, are more complicated and civic-minded than one-dimensional economy voters."

Trump has claimed that he inherited a broken economy from his Democratic predecessor, President Barack Obama, and brought about an economic miracle. But truth be told, the Great Recession was long gone by the time Obama left office in January 2017. Trump inherited an economy that was already in recovery.

Will explains, "The 4% growth Trump promised as a candidate and the 3% he promised as president became, pre-pandemic, 2.5 % during his first three years — a negligible improvement over the 2.4% of the last three Barack Obama years. This growth was partly fueled by increased deficit spending, from 4.4% of gross domestic product to 6.3%, by the International Monetary Fund's calculation."

Will goes on to slam Trump for tariffs before segueing into a discussion of demographics — which, the 79-year-old columnist warns, will not work in favor of Republicans during the rest of the 2020s.

"In Ronald Reagan's 1984 reelection, voters under 30 were a solidly Republican age cohort; 2020, for the fifth consecutive election, it will be the most Democratic," Will explains. "The Atlantic's Ronald Brownstein believes this year's 'generational backlash'" against Trump presages for Republicans a dismal decade during which two large and diverse cohorts — Millennials, born between 1981 and 1996, and Generation Z, born between 1997 and 2012 — become, together, the electorate's largest bloc in an electorate that, says Brownstein, 'is beginning its most profound generational transition since the early 1980s,' when Baby Boomers born between 1946 and 1964 became the largest bloc."

Will continues, "In 2016, Trump won just 36% of adults under 30; Obama averaged 63% in two elections. Furthermore, this will be the first presidential election in which the number of Millennial and Generation Z eligible voters will outnumber eligible Baby Boomers. Generation Z is 49% people of color."

The Never Trump conservative wraps up his column by offering another reason why he is predicting a Biden victory on Election Day: Americans are feeling fed up and just plain "exhausted" during the Trump era.

"Economic and demographic statistics are not, however, the only ones pertinent to next Tuesday's probable outcome," Will argues. "Novelist John Updike supplied another: 'a healthy male adult bore consumes each year one and a half times his own weight in other people's patience.' This nation and its patience are exhausted."