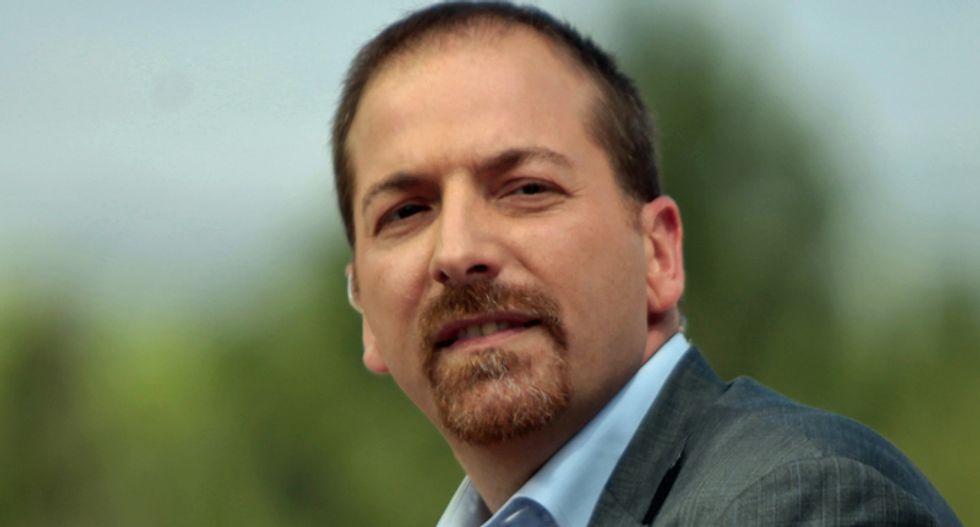 NBC News was blasted on Saturday after announcing that a controversial right-wing radio host would appear on "Meet the Press."

Hugh Hewitt remains a NBC News and MSNBC "contributor" after losing his weekend show on MSNBC.

"Every Catholic, indeed every person of any faith, has to realize the left despises them and that the Democrats shelter this virulent bigotry and pretend it’s something else," Hewitt argued about a party running Catholic Joe Biden for president.

Here's some of what people were saying about "Meet the Press" host Chuck Todd:

@MeetThePress @hughhewitt Just cancelled the DVR setting I've had for years to record your show. This is that fina… https://t.co/1c3srQMCNl
— Khashoggi’s Ghost (@Khashoggi’s Ghost)1602374892.0

When someone has the same job for 6 years, whatever the job and whomever the person, they tend to get pretty good a… https://t.co/qbXqOKsg7U
— Rus McLaughlin (@Rus McLaughlin)1602369232.0

I haven't watched MTP since Chuck Todd started. He's woefully un-equipped. There are so many people who could make… https://t.co/7ES628zPnt
— Callie Khouri (@Callie Khouri)1602373146.0