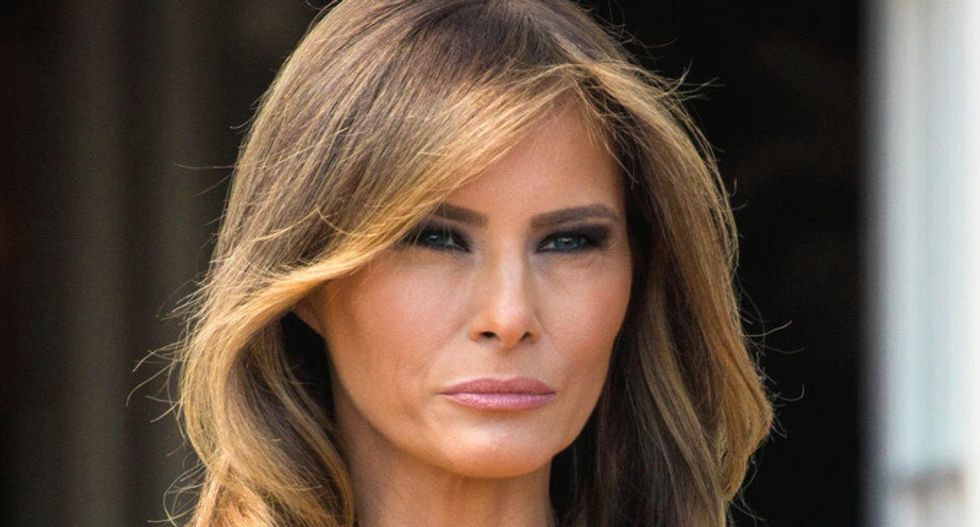 In a juxtaposition to her husband's recent moves to ride in a car around the hospital, First lady Melania Trump says she has not visited the president at Walter Reed Medical Center as a precautionary measure for the health and well-being of Secret Service members.

During an interview Sunday evening on MSNBC's The Week with Joshua Johnson, NBC News' Deepa Shivaram said, "We just did receive news from NBC's Peter Alexander putting out a note that the first lady herself...there's a note saying the reason she hasn't visited her husband at Walter Reed is because she didn't want to put those Secret Service agents and driver in harms' way and expose them to COVID."

Shivaran noted, "It's an interesting contrast of the first lady showing some caution in this process while the president himself, you know, leaving the hospital after being diagnosed with COVID in a car with his Secret Service agents and the driver definitely not social distancing, you know, and putting those folks at risk here, too. He has been positive for the past couple of days now and very well could be contagious and very well could get others sick who he is close with. It's a little bit of a two-fold situation going on."

The full video is below.