'Flaccid': MSNBC's Nicolle Wallace says Mike Pence couldn't get his energy up in debate and it'll hurt him with men 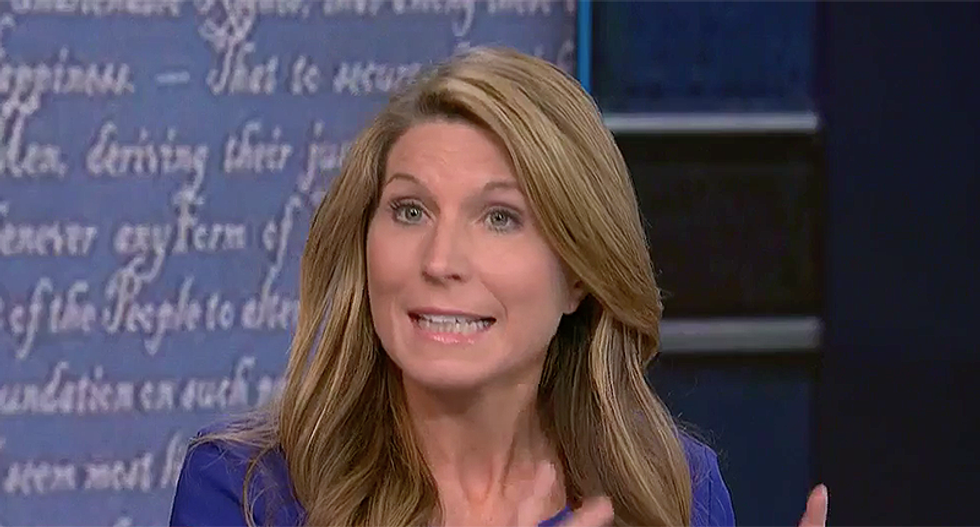 She said that the only cases in which the vice-presidential debate matters is when the presidential candidate bombs so badly. That was the case in George W. Bush's debate, she recalled, and it made Dick Cheney's debate much more critical. In the case of Pence, it mattered even more.

"This could have mattered. I don't think it did," said Wallace. "The women are gone. Tim Alberta wrote a piece earlier this week and tweeted today that the collapse that Trump is seeing in the polling is because white college-educated and all white women fled the ticket. The problem tonight is that Mike Pence appeared flaccid and anemic, and that will hurt him with men. The only people they have in their coalition after last week's barn burner from Trump were the grievance voter that is a vocal and animated part of the Trump base."

She explained that it wouldn't land well even with the Trump supporters because it was so dull and uninspiring for them.

"It is all about whether or not the steroid rage or Donald Trump feeling grumpy about the polls," she continued. "I think there are going to be questions about if he is not feeling that great after this performance. The only time he came to life is when he prosecuted Sen. Harris for not answering his question, and he didn't respond in full to a single question from the moderator!"

At that point, Wallace said that Pence hadn't answered a single question asked by the moderator about COVID-19.

See the full video of the discussion below: