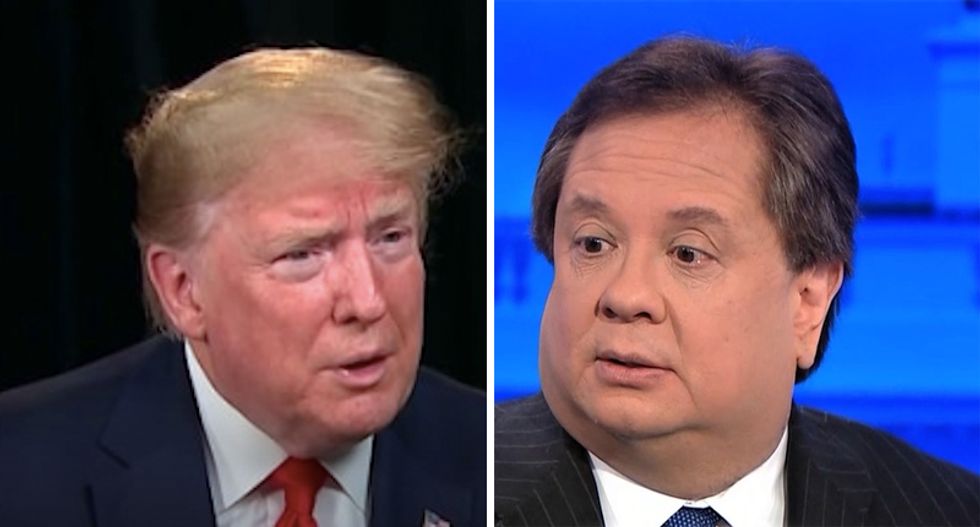 People close to President Donald Trump are dying after being exposed to the coronavirus and it's continuing to put people in grave danger. The White House still refuses to do contact tracing and take steps to protect those working in the building.

House Speaker Nancy Pelosi raised questions about the 25th Amendment on Thursday, announcing that she would be doing a joint press conference with Rep. Jamie Raskin (D-MD) to establish a commission to evaluate the president's mental, physical and emotional fitness for office.

"This is important," Conway tweeted Thursday as his family continued to face off against the coronavirus. "It won't pass as long as Trump is president or the Republicans control the Senate, but, given the nation's experiences with the current deranged chief executive, it's a reform that should be given strong consideration."

The Republican lawyer went on to explain that it's part of Section 4 of the amendment which "vests power in the Vice President and the Cabinet to make a determination of a president's inability to carry out his or her duties. But it gives Congress the option of creating another body to make that determination. That could be some group of legislators, or a group of experts—whatever Congress provides by law."

He noted that it wouldn't affect the rest of Section 4, which, Conway said, "ultimately places the determination in the hands of supermajorities of both houses of Congress."

See the tweets in the thread below:

A brief explainer: As a default, Section 4 vests power in the Vice President and the Cabinet to make a determinati… https://t.co/uTFh9twsI1
— George Conway (@George Conway) 1602191124.0

That wouldn't, however, affect the remainder of Section 4, which ultimately places the determination in the hands o… https://t.co/Um6DIgqUAt
— George Conway (@George Conway) 1602191390.0