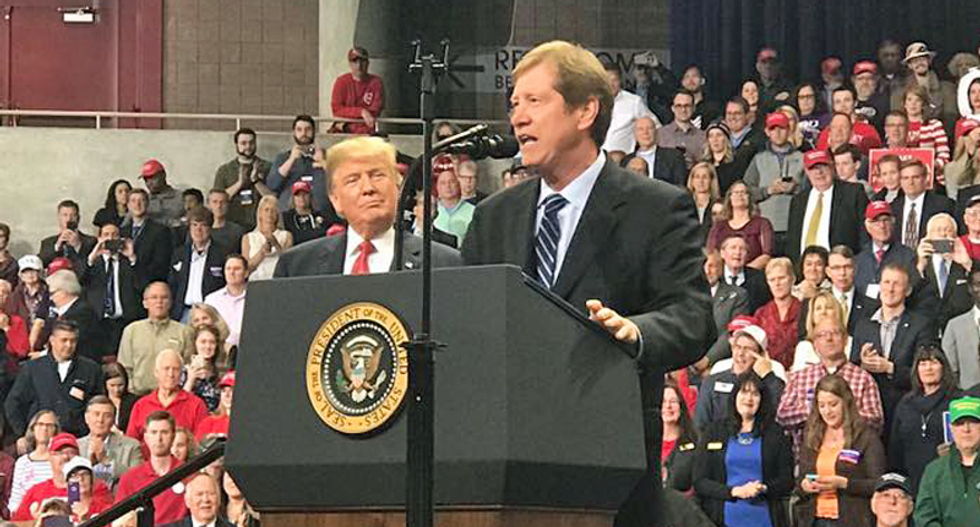 Jason Lewis speaks at a campaign rally while Donald Trump looks on (Facebook).

Republicans got more bad news in their efforts to maintain control of the U.S. Senate in the 2020 election.

"Republican U.S. Senate candidate Jason Lewis will self-quarantine and get tested again for COVID after exposure this week to a person who tested positive on Wednesday," the Star Tribune reported Wednesday.

"The campaign declined to reveal the identity of the individual or how that person came into contact with Lewis, citing privacy concerns. Lewis has been a harsh critic of forced business closures and other state-imposed limits in response to the pandemic. He has also flouted social distancing guidelines at campaign events," the newspaper noted.