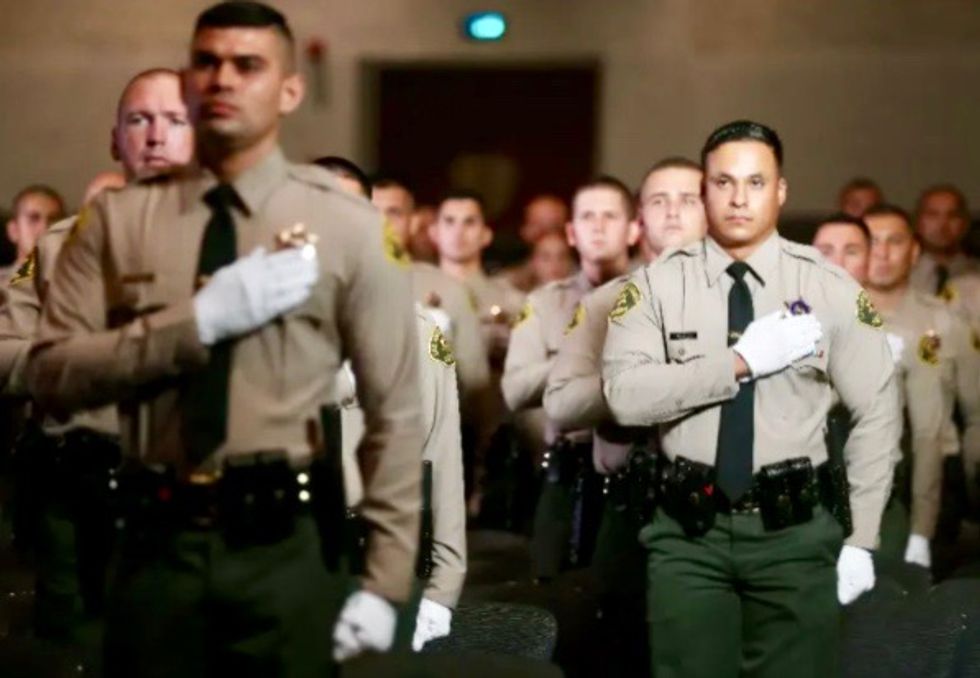 A US gunman was charged Wednesday with shooting two Los Angeles police officers in their car at close range, after his arrest over a different crime led investigators to the weapon allegedly used in the attack.

Police launched a manhunt earlier this month to find the suspect described as an "animal" by President Donald Trump, while Democratic challenger Joe Biden denounced the "unconscionable" and "cold-blooded" act.

A $100,000 bounty was offered for information leading to the capture of the shooter, who was caught by surveillance cameras brazenly shooting the two sheriff's deputies in the Compton neighborhood.

The two officers -- a man and woman, aged 24 and 31 respectively -- were seriously injured by multiple gunshots, including to their heads, but survived.

Deonte Lee Murray, 36, who has a lengthy criminal record, was charged with two counts of premeditated attempted murder of a police officer, and a firearms offense.

If convicted he faces life imprisonment.

Murray was arrested September 15 -- three days after the police shooting -- as a suspect in an earlier car theft involving another shooting.

During a car chase leading up to his arrest, Murray allegedly tried to dispose of a gun, but it was retrieved by police and later linked by ballistic experts to the police shootings.

The attack on the officers, in a neighborhood with a high crime rate and a history of tension between police and the black community, drew attention toward the dangers police face on the job and away from the Black Lives Matter campaign against shootings of African Americans.

Asked about the gunman's possible motive, police captain Kent Wegener said: "He obviously hates policeman and he wants them dead."

Murray pleaded not guilty Wednesday when he appeared before a judge, who set bail at $6.15 million.