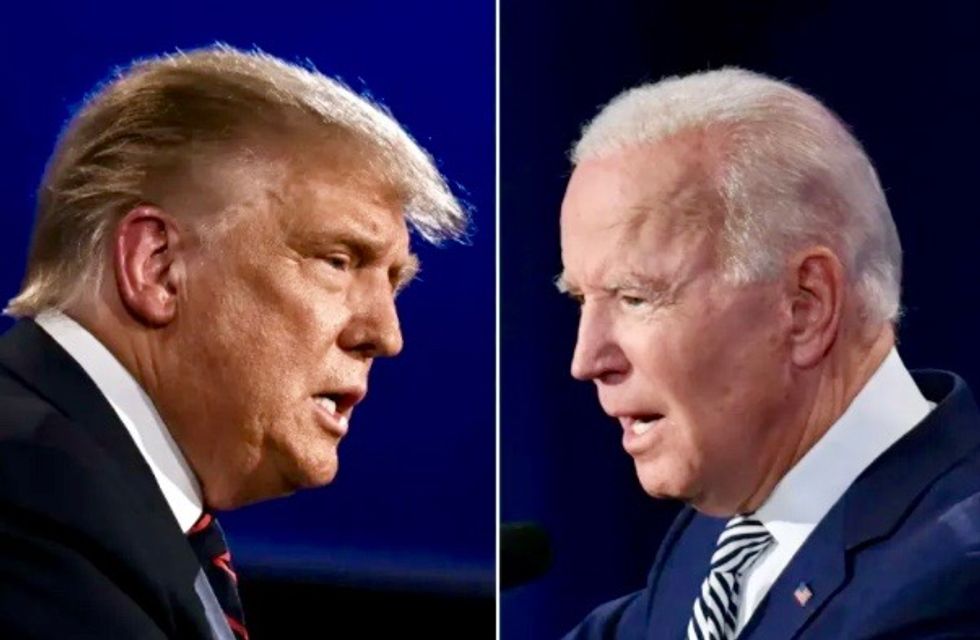 Regarding the next presidential debate, scheduled for Oct. 15, an official on Democratic nominee Joe Biden's campaign told the press Friday that it is "hard to see that debate happening" following President Donald Trump's coronavirus diagnosis.

CNN reporter Daniel Dale reported shortly after that all events involving the president and his family are being postponed or changed to virtual events, but did not include details about whether the second debate is included in those plans.

Questions about whether the two candidates would go ahead with the debate in Miami in less than two weeks arose after Trump announced that both he and First Lady Melania Trump had tested positive for Covid-19 early on Friday.

At the first debate in Cleveland, Ohio last Tuesday, the president openly mocked Biden for wearing a mask to all public events, and one journalist who attended noted that numerous people on Trump's side of the audience did not wear masks while they were seated, including his children.

According to NBC News, a doctor at Cleveland Clinic, where the first debate was held, approached the Trumps to ask them to wear masks, but was not able to get close enough to them. Members of Biden's campaign wore face coverings throughout the debate.

Desjardins reported that the Biden campaign is demanding that the Commission on Presidential Debates (CPD) enforce Covid-19 safety precautions during the vice presidential debate, which is still set to go forward next Wednesday night. Both Vice President Mike Pence and Sen. Kamala Harris (D-Calif.), Biden's running mate, tested negative for the coronavirus on Friday.

Regarding the presidential debate planned for the 15th, the Biden campaign pointed out that Trump is "not just Covid-positive but is actually sick." According to reports, the president has begun showing "mild symptoms" of the illness.

Common Dreams reached out to the CPD for comment about their possible plans for the next presidential debate but as of press time did not receive any response.

Prior to his diagnosis, the president pushed back against a CPD statement that the commission would amend the rules for the next debate, saying he would not "allow" any changes.

The first debate was called a "hot mess inside a dumpster fire inside a train wreck" by CNN anchor Jake Tapper, after Trump repeatedly and aggressively interrupted Biden, leading the commission to reportedly consider cutting off candidates' microphones if they violate the rules in future debates. A Biden campaign official reportedly suggested the change, as well as limiting the time when candidates can directly address each other "to almost nothing."