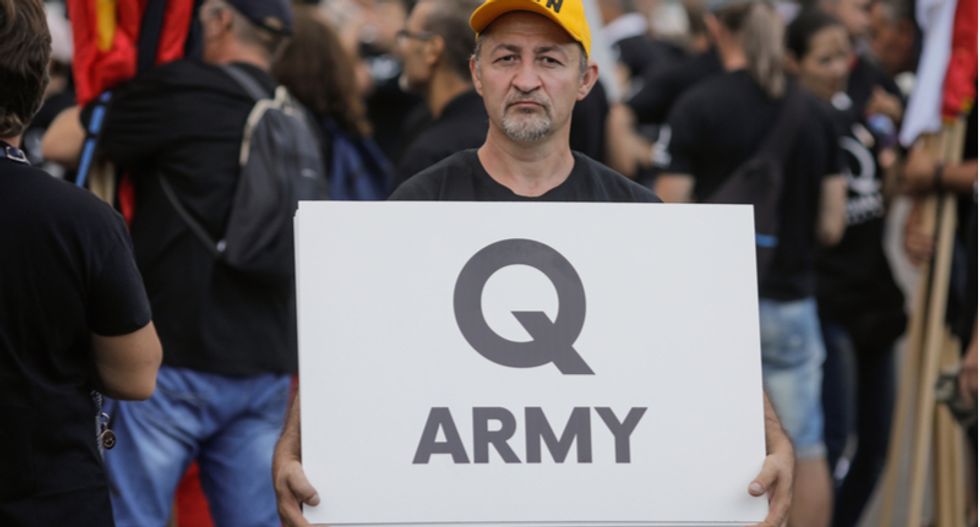 As Election Day approaches, news is emerging that far-right groups are planning to patrol polling sites, making some experts worry about the potential for violent clashes.

Speaking to the Los Angeles Times this Saturday, the leader of the far-right group Oath Keepers, Stewart Rhodes, said his members would "be out on Election Day to protect people who are voting," and they're going to be armed. The Times also cites a QAnon-linked group that has been talking on the right-wing social media platform Telegram about  "heavily armed MAGA patriots" turning out on Election Day.

“I want nothing more than to stand down and live in peace, but if it goes bad, God forgive me for what I do when they force my hand,” an Oath Keeper wrote on the platform this month. “It’s not going to end, these people, and I hate saying it, are going to have to be stopped. Is President Trump going to, with the aid of the proper authorities, arrest them or are we the people going to have to get involved?”

Speaking to the Times, the Southern Poverty Law Center's Cassie Miller said "chances are really high that we're going to see militia members, armed groups, or Trump supporters who are armed at the polls."

"Not only are these people willing to participate in voter intimidation, but they're hoping to create this chaotic moment," Miller said. "There's an unwillingness to accept anything but a Trump victory."