Here's how rural Wisconsin could tip the 2020 presidential election 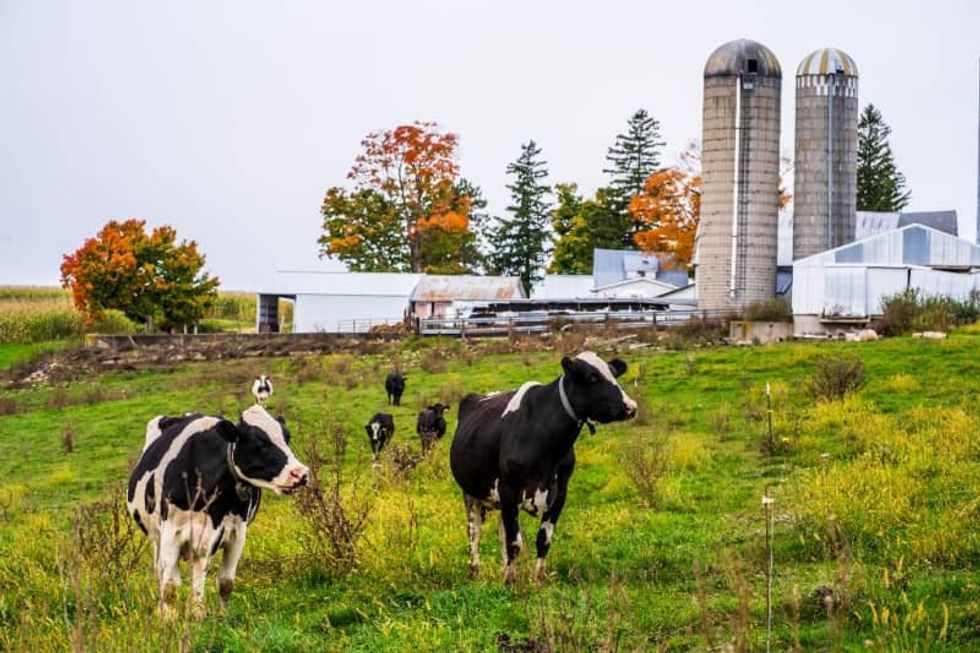 In western Wisconsin, where family-run dairy farms dot the rolling green hills and eagle-watchers peer into the sparkling marshland, signs for Donald Trump and Joe Biden stand directly across each other on neighbors' yards.

In a polarized United States where Democrats and Republicans increasingly self-segregate, this stretch of the Upper Midwest alongside the Mississippi River looks as close as regions get -- and, if the November 3 vote is tight, it could prove pivotal for the whole election.

Hillary Clinton infamously never campaigned in Wisconsin in the main stretch of 2016, acknowledging later that Trump's victory in the state that had gone Democratic for three decades was her biggest election surprise.

The two campaigns are taking no chances one month before the election. Trump had been planning his fourth trip to Wisconsin since August until being infected by Covid-19 and Biden -- who leads in all published polls -- has already visited twice in person despite curtailing travel due to the pandemic.

"Four years ago, we were told that Hillary Clinton could even beat a loaf of bread," said Rikardo Jahnke as he sold apples in Viroqua, a growing haven for artists surrounded by Republican-leaning farmers and buggy-driving Amish.

"Last time we felt ignored by the Democratic Party. It looks like they're paying more attention," said Jahnke, sporting a mask that read, "VOTE," over his bushy gray beard.

Western Wisconsin and neighboring parts of Minnesota -- where Trump made major inroads in 2016 but lost -- are among the few rural US areas where substantial numbers still vote Democratic, a phenomenon some trace to the region's heavily Scandinavian roots.

On his organic dairy farm, Darin Von Ruden knows the names for all 50 of his cows as they roam in the field, the maple leaves on the surrounding trees beginning to turn vivid orange.

Von Ruden, who leads the Wisconsin Farmers Union, said that a staggering 2,290 dairy farms have shuttered in the state since Trump took office, which he blamed on the growing power of big agricultural companies and overproduction.

"Do we want to get down to having only one or two entities controlling our food system?" Von Ruden said, voicing hope that a Biden administration would look into a Canadian-style system that manages dairy production.

He scoffed at fellow farmers who backed Trump's anti-immigration agenda, noting that more than half of dairy workers are immigrants -- often undocumented Mexicans and Central Americans.

"Why would you vote for someone who says he wants to get rid of all your help?"

At his 500-cow Morning Star Dairy, John Schaller said he wanted fewer regulations -- and would worry about the direction of the United States under Biden.

"They seem to be pushing more socialism on us than anything else. Instead of having people being accountable and working for their stuff, just giving out free this and free that," he said. "That's not what made the country great."

"We seem to have got through a couple of hundred years without it," said Schaller, who recently welcomed Vice President Mike Pence to his farm.

In one issue where Trump has clearly struck a chord, many households have put up signs saying, "We Back the Badge," a show of support for police after protests and unrest over officers' killing of George Floyd in Minneapolis and shooting of fellow Black man Jacob Blake in Kenosha.

Both cities are a few hours away from western Wisconsin, which itself has a miniscule African-American community.

For many rural Wisconsinites, police feel like part of the community, said Lilly Engel, a 26-year-old who returned to her brother's farm after the pandemic cut short her Peace Corps service in Guatemala.

"Here your interaction with police is about being 16 and getting caught at a party," she said, sipping coffee outside a Viroqua cafe displaying a "Black Lives Matter" sign.

"There is not much diversity here," she said. "When the news ends up here, please just hear rioting, looting; there is less of a nuance."

In his house festooned with Trump banners in La Crosse, a Democratic-tilting university town, industrial mechanic Greg Guild keeps a handgun on his hip and wears a T-shirt promoting the right to bear arms.

Guild hailed Trump for not being a "corrupt politician," saying: "He's a businessman, and that's what this country needed."

But in western Wisconsin, Trump triumphed after comfortable victories by Barack Obama.

"Rural voters in Wisconsin have felt that major parties particularly have forgotten them," said Joseph Heim, a veteran watcher of the area's politics who recently retired as a professor at the University of Wisconsin-La Crosse.

"Donald Trump had a message to rural areas -- I am listening to you, I can represent you. I don't think it was so much the issues."