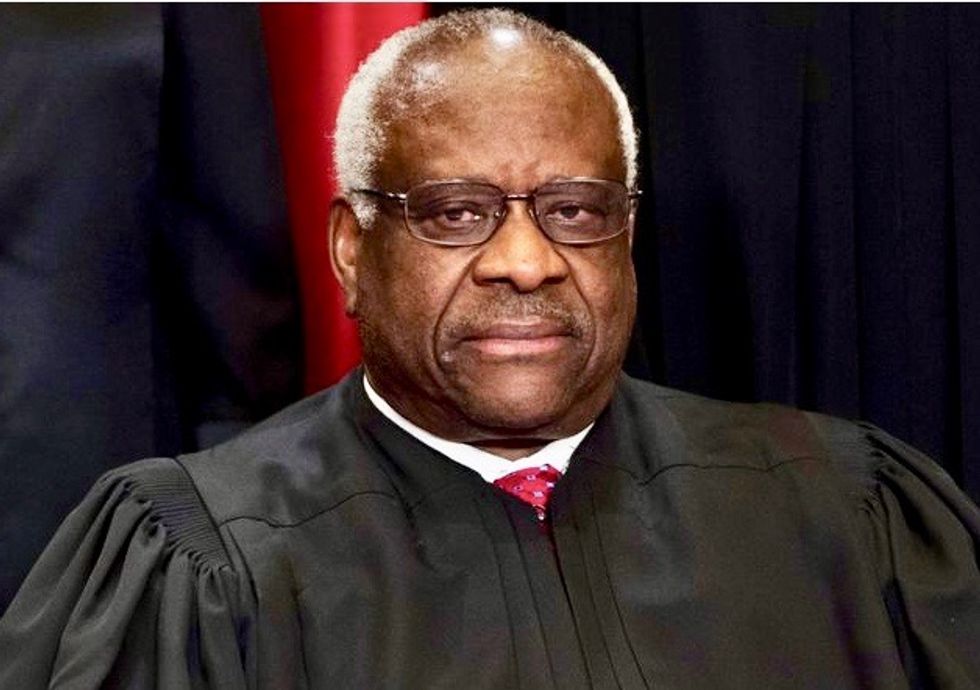 With the confirmation of Amy Coney Barrett, the radical right has completed its long and painstaking project to seize control of the Supreme Court, and to reshape constitutional law for generations to come. Barrett's elevation will give conservatives a 6-3 majority on the court and usher in a crisis of legitimacy for the third branch of government not seen since the 1930s.

The right's triumph has prompted anger and soul-searching among Democrats and progressives, sparking calls to expand the number of Supreme Court justices, echoing Franklin D. Roosevelt's unsuccessful effort to add additional seats to the high tribunal in the midst of the Great Depression.

Enlarging the Supreme Court is entirely within the power of Congress, as the number of justices is not set by the Constitution. The court's composition has, in fact, varied over time, ranging from six justices when the Constitution was ratified to 10 in 1863. The panel was reduced to nine by an act of Congress in 1867 and has remained there since then by statute.

While Democrats should definitely demand court expansion if they retake the White House and the Senate and hold the House, there is at least one additional step they should take to address the court's legitimacy crisis—the impeachment of its most corrupt member—Clarence Thomas.

Thomas should be impeached on charges of perjury for allegedly lying in his annual financial disclosure statements for over a decade and, more fundamentally, for lying in his 1991 confirmation hearing about his disgusting history of sexual harassment.

Although federal judges are appointed for life, their terms are subject to "good behavior." Like all civil officers of the United States, they can be removed, under Article II, Section 4 of the Constitution, "on Impeachment for, and Conviction of, Treason, Bribery, or other high Crimes and Misdemeanors."

The impeachment process, as we were reminded by the experience of President Trump, consists of two basic steps: First, members of the House of Representatives impeach an official by adopting, on a simple majority vote, one or more articles of impeachment, which read very much like a criminal complaint or a grand jury indictment. Step two proceeds with a trial in the Senate, which has the power to convict on a two-thirds ballot. Ouster from office follows conviction automatically, and cannot be appealed.

Only three presidents—Andrew Johnson, Bill Clinton, and Trump—have been impeached in our history, and all were exonerated in their Senate trials. A fourth, Richard Nixon, resigned in the face of near-certain impeachment and removal for his role in the Watergate scandal.

Since 1988, three federal judges have been impeached and removed on charges involving perjury. The last judge to be impeached was G. Thomas Porteous Jr. of the Eastern District of Louisiana, a Clinton appointee who was convicted by the Senate and ejected from office in December 2010 for accepting bribes and, among other derelictions, signing false financial declarations under penalty of perjury.

Thomas, if targeted, would become just the second Supreme Court Justice to be impeached. In 1804, the House charged Associate Justice Samuel Chase with eight articles of impeachment for engaging in arbitrary and oppressive conduct and expressing political bias while serving as a trial judge in certain Sedition Act cases during an era when Supreme Court justices also conducted trials. An outspoken Federalist and supporter of John Adams, Chase incurred the ire of Thomas Jefferson and his Republican allies. Chase was acquitted the following year in a Senate trial presided over by Vice President Aaron Burr. (The chief justice of the Supreme Court presides only in presidential impeachment trials.)

As the Senate's website instructs, Chase's exoneration has since been construed to insulate the "judiciary from… congressional attacks based on disapproval of judges' opinions." Guided by the Chase example, an impeachment proceeding against Thomas could not be initiated because of policy differences Democrats may have with him, even though Thomas has demonstrated a flagrant disregard for the constitutional rights of minorities, women and criminal defendants during his tenure on the Supreme Court.

Like Porteous, however, Thomas is vulnerable to perjury allegations.

Under the 1978 Ethics in Government Act, all high-ranking federal officials are required to file yearly financial disclosure statements for themselves and their spouses to safeguard against conflicts of interest. But for 13 years, Thomas failed to report his wife Virginia's earnings on the mandatory annual financial disclosure forms that he signed under penalty of perjury, indicating that his spouse had no non-investment income when in fact she was steadily employed in high-level jobs as a policy analyst and an outspoken conservative activist.

According to Common Cause, Virginia—a lawyer and a one-time aide to former Republican House Majority Leader Dick Armey—received more than $686,000 between 2003 and 2007, working for the Heritage Foundation. In 2011, claiming incredulously that he had misunderstood his reporting responsibilities, Thomas amended his financial disclosures, which can now be examined on the OpenSecrets.org website.

As University of Colorado law professor Paul Campos pointed out in a 2011 Daily Beast article, "The relevant question on the disclosure form isn't complicated: Even if Justice Thomas wasn't a lawyer, he shouldn't have needed to hire one to explain to him that the box marked NONE next to the phrase 'Spouse's Non-Investment Income' should only be checked if his spouse had no non-investment income." In Campos' view, Thomas' omissions were "criminal."

Thomas' alleged perjury in his testimony before Senate Judiciary Committee in 1991 was of a far greater magnitude, centering on his denial under oath that he harassed Anita Hill and other female colleagues while he served as the chair of the Equal Employment Opportunity Commission (EEOC) during the presidencies of Ronald Reagan and George H.W. Bush.

The clash between Hill and Thomas was televised and made for riveting viewing, even more so than the rancorous battle over the 2018 confirmation of Brett Kavanaugh. Thomas was treated with kid gloves by the all-male members of the Judiciary Committee, who sat largely in silence as he denied ever engaging in inappropriate behavior and claimed that he was being "subjected to a 'high-tech lynching.'"

Hill, who is now a professor of social policy and law at Brandeis University, was treated with scorn and contempt by the Judiciary Committee. Some members called her "delusional," suggested she was mentally "unstable" and was a "scorned woman" out for revenge against Thomas for rebuffing her romantic advances.

In addition to assassinating Hill's character, the committee, under the chairmanship of Joe Biden, then the senior Democratic senator from Delaware, declined to call three other female Thomas accusers to testify at the hearing. One of those accusers, writer Angela Wright, remains an outspoken critic of Thomas, and has publicly called for his impeachment. Anita Hill, too, has never wavered, insisting she told the truth.

Unlike criminal trials, impeachment proceedings are not governed by statutes of limitations. In any event, it is never too late to do justice and provide Hill and Thomas' other accusers with the fair hearing they never received.

Even assuming Thomas would avoid conviction in the Senate, his impeachment trial would be nothing like the farce of Trump's proceeding. With Democrats holding a majority in the Senate and Kamala Harris presiding as vice president, documents would be subpoenaed and witnesses, including Thomas, would be called to testify.

The impeachment of Thomas would also offer Biden a full and final opportunity to make amends for the past. Above all, combined with a move to expand the number of seats on the Supreme Court, impeaching Thomas would restore the legitimacy of the judiciary as a bulwark of constitutional rights, and send a message that the nation has had enough of Republican efforts to return the country to the dark days before the New Deal and the civil rights movement.

Before any of that happens, of course, Donald Trump and his GOP enablers must be defeated at the polls.