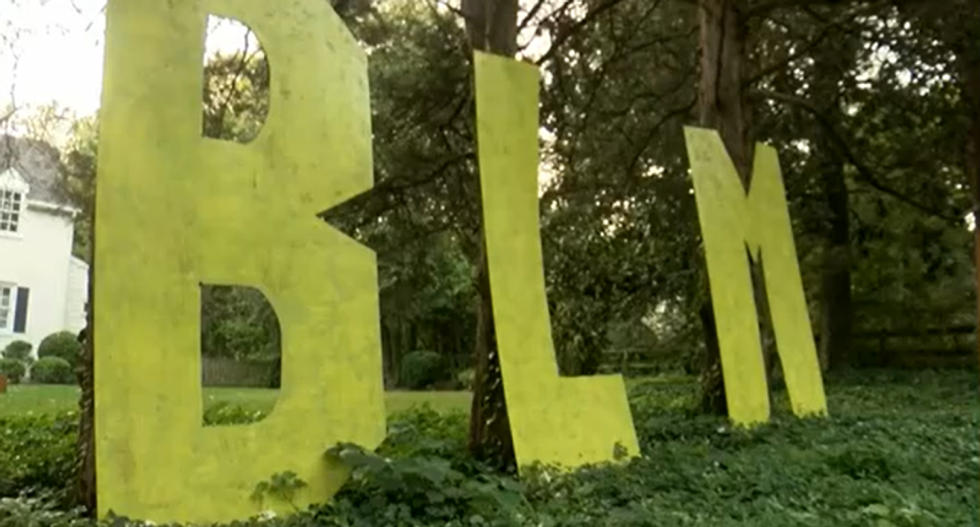 According to NBC News 12, a Chesterfield, Virginia couple's decision to build a gigantic Black Lives Matter sign on their lawn with plywood resulted in a media frenzy — and though many people supported them, it also brought opposition and a zoning challenge from the county government.

"The Barrys [say] since constructing the sign shortly after the murder of George Floyd by Minneapolis police officer, they have received overwhelming support," reported A. J. Nwoko. "But the response hasn’t been completely positive. The Barrys say on top of negative comments and messages on social media a complaint from a neighbor to take the Black Lives Matter message down has brought the attention of Chesterfield County."

Ultimately, the county forced them to take down the sign. An official for the county said, "Our standard practice is to work with the resident to obtain voluntary compliance ... The owner has indicated they will pursue exceptions to the size and setback requirements through the zoning process. At this time, an application has not yet been submitted."

According to the Barrys, while the wrangling over the sign continues in local government, they are simply projecting political messages on the front of their house — and uploaded images to Instagram.

It didn’t have to be like this. Wear the damn mask.

Kamala Harris for the People! #bidenharris2020