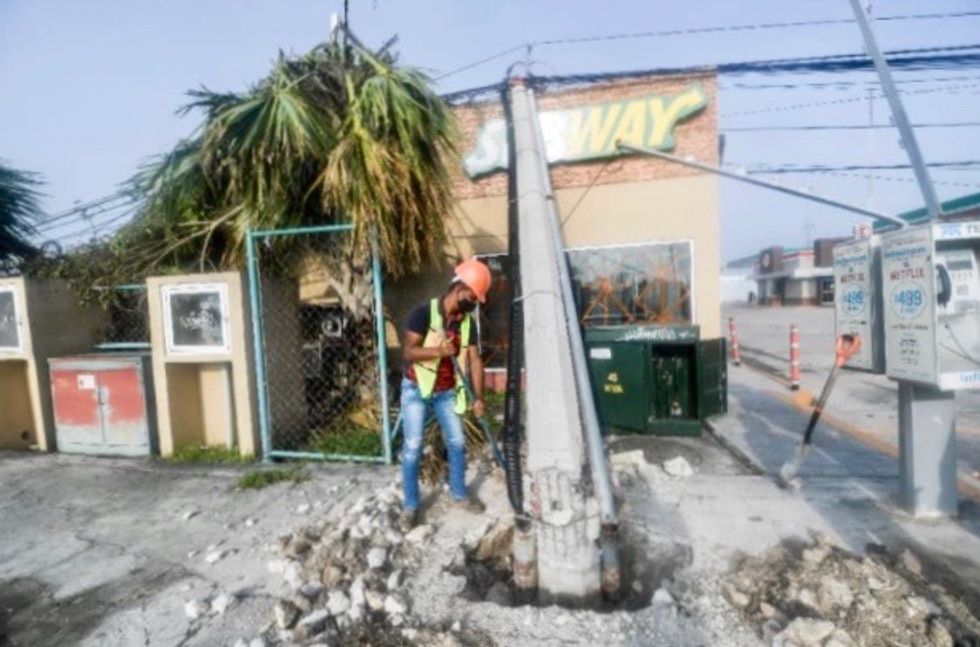 Hurricane Delta gained strength Thursday as it churned across the western Gulf of Mexico towards the United States after lashing Mexico's Caribbean coastline.

Located 345 miles (555 kilometers) south of Louisiana, Delta is now a Category 3 storm packing winds of 115 miles an hour, the US National Hurricane Center said in its 2100 GMT bulletin.

The NHC warned that "life-threatening storm surge" was expected along portions of the northern Gulf coast on Friday, where the storm is expected to make landfall in the afternoon or evening.

Delta had earlier slammed into the Yucatan Peninsula in southeast Mexico as a Category 2 storm, toppling trees and ripping down power lines.

It weakened as it crossed the land, but gained strength again in the open waters of the Gulf.

Mexico's Yucatan region appeared to have escaped major destruction and there were no reports of deaths.

However strong winds whipped Cancun, one of Mexico's most popular tourist destinations, where cars were hit by falling trees, street signs were blown over and stores were damaged.