'I could be one of the diers': Trump reportedly feared COVID might kill him while hospitalized at Walter Reed 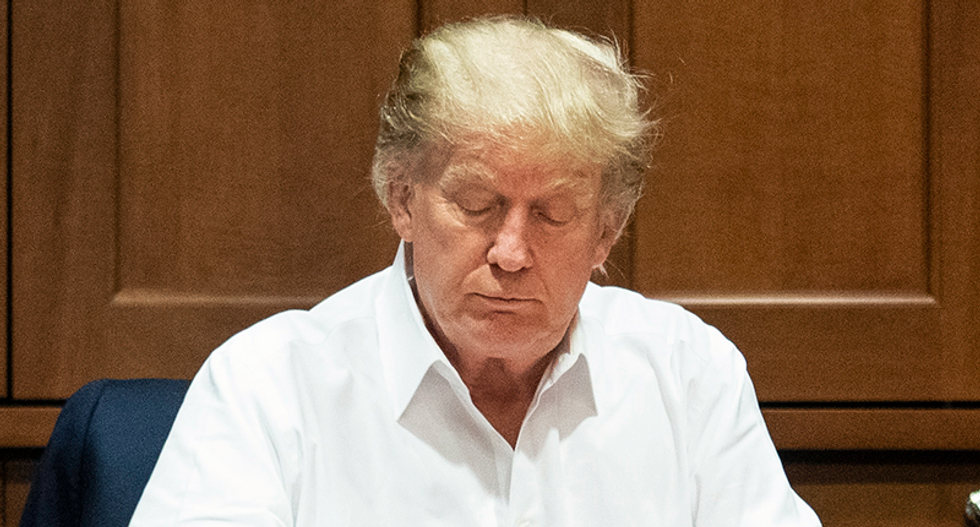 President Donald Trump feared death while hospitalized at Walter Reed, according to a new report by New York Magazine.

"Donald Trump was on the phone, and he was talking about dying. It was Saturday, October 3, and while his doctor had told the outside world that the president’s symptoms were nothing to worry about, Trump, cocooned in his suite at Walter Reed National Military Medical Center in Bethesda, Maryland, was telling those close to him something very different," Olivia Nuzzi reported.

“I could be one of the diers,” he reportedly said.

"The person on the other end of the line couldn’t forget that unusual word the president used: dier. A seldom-said dictionary standard, it was a classic Trumpism, at once sinister and childlike. If being a loser was bad, being a dier was a lot worse. Losers can become winners again. Diers are losers forever. But aren’t we all diers in the end? Donald Trump, the least self-reflective man in America, was contemplating his own mortality," the magazine reported.

“I could be one of the diers," Trump reportedly repeated.