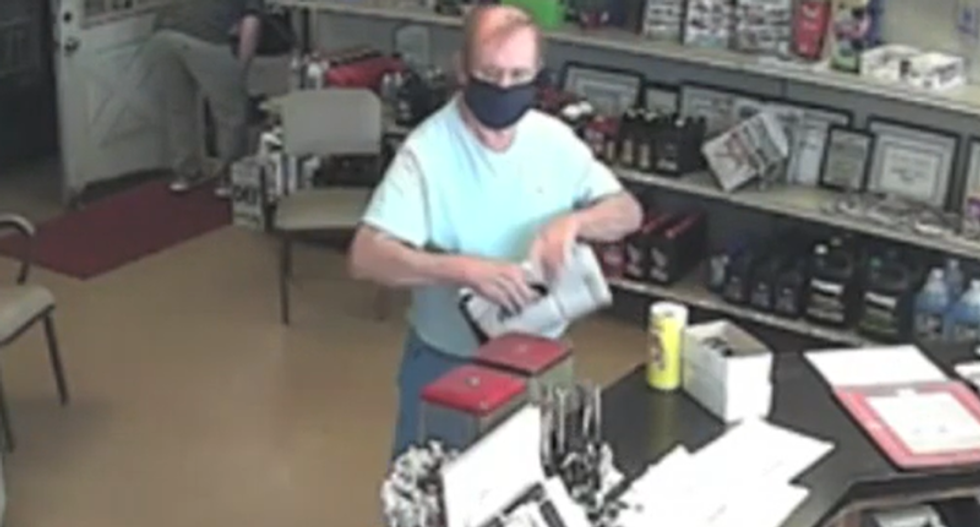 According to the Dickinson County News, a northern Iowa man caught stealing a political sign for Joe Biden is now facing new theft charges — for trying to steal every local newspaper reporting that he had stolen the sign.

"A series of minor thefts in early September had Lakes Area store clerks scratching their heads," reported Seth Boyes. "Newspaper racks were empty. Storefront vending boxes were cleaned out, and copies of the Sept. 2 Dickinson County News were hard to come by just 24 hours after the weekly newspaper was distributed throughout the Iowa Great Lakes. Area businesses reviewed their security footage, and Peter De Yager, owner of the Foreign Candy Company in Hull, was charged with fifth-degree theft."

"De Yager's name happened to appear on page 3 of the Sept. 2 edition — in the police reports," continued the article. "The Hull businessman had been charged with fifth-degree theft and trespassing — both misdemeanors — after stealing a political yard sign from a residence in the Monarch Cove area the night of July 26. Dickinson County Sheriff's Deputy Brandon Vodraska helped file those charges and confirmed the stolen sign was in support of former Vice President Joe Biden's presidential campaign."

Watch the security footage below: