Is the pandemic making us drink more, or less? It's complicated 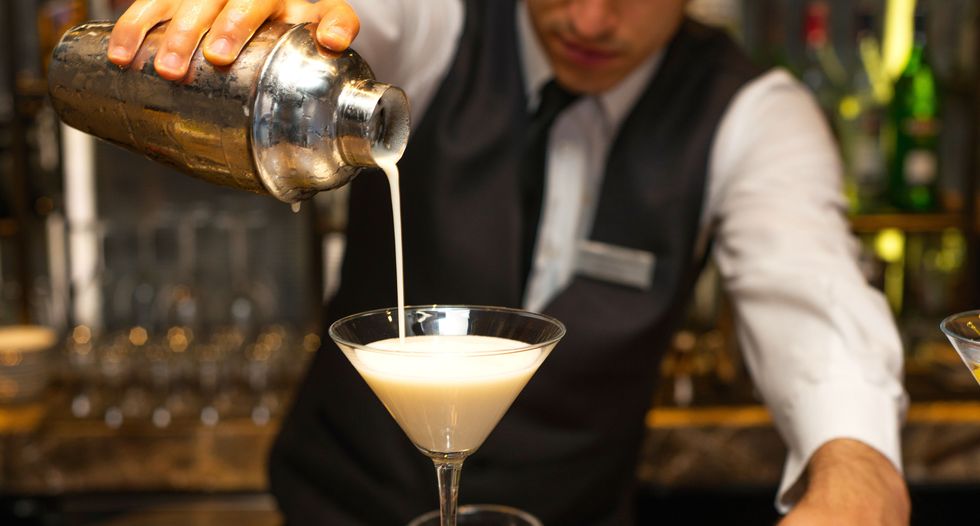 Are people drinking more or less during the pandemic? It's a question that's been on the mind of researchers, and the public alike. Humans often turn to alcohol in difficult times, which comes with its own problems: research shows that when you turn to drinking to cope with stress it's more likely to turn into a problem. Yet as recently as last year, studies found that American millennials just weren't that into drinking, perhaps because of related trends in wellness and healthy lifestyles.

Now that we're seven months into the pandemic, researchers are beginning to look at data and polls to study how drinking behaviors have changed.

According to a recent report in the journal JAMA Network Open, Americans are drinking 14 percent more often during the coronavirus pandemic. The study compared responses from a survey of 1,540 participants of their self-reported drinking habits in spring to the year prior. For women, the increase was up to 17 percent compared to last year. Specifically, heavy drinking for women—which was defined as four or more drinks within a couple of hours—increased by 41 percent. The study's participants were between the ages of 30 and 80; the data collected was from the RAND Corporation American Life Panel.

"Women were particularly affected in our data," Michael Pollard, a sociologist and co-author of the paper told Salon. "The higher baseline distress, and likely greater increases in distress during the pandemic, suggest that women will similarly increase the use of alcohol to cope at higher levels than men; it is certainly a concern."

Pollard said since women typically have higher levels of mental distress than men, coupled with larger increases in domestic labor at home, it's no surprise that women reported drinking more than men once the pandemic started. The pandemic has had a greater economic and social impact on women than men. Women, and particularly women of color, are more likely to be "essential" workers, too, who are under particular stress.

"Heavy alcohol use by women specifically has been somewhat overlooked by the scientific literature, but clearly it is a real and growing concern," Pollard told Salon. "For example, some of my colleagues at RAND conducted a review of the last 20 years of assessments of the efficacy of Alcohol Use Disorder treatments, and concluded that we simply don't have scientific evidence to inform whether or not those treatments are as effective for women as men—because nobody has set out to study it, and because women are systematically under-enrolled in these studies."

Indeed this study's findings are congruent with what was reported on at the beginning of the pandemic. In the United States, alcohol sales increased by 55 percent the week ending March 21, 2020, compared to the previous year, according to Nielsen data. But this was also during a time when people were stockpiling because it was unclear whether or not the groceries stores would be safe, and how long the lockdown restrictions would last.

According to a separate study by researchers at Washington State University, one in four adults reported a change in alcohol use immediately after stay-at-home orders were issued. Interestingly, the study surveyed more than 900 twin pairs from March 26 to April 5, 2020. An estimated 14 percent of respondents said they drank more alcohol than the week prior.

"We expected that down the road people might turn to alcohol after the stay-at-home orders were issued, but apparently it happened right off the bat," Ally Avery, lead author of the study and a scientific operations manager at WSU Elson S. Floyd College of Medicine, said in a statement. "It shows the need to make sure there is more mental health support since it had an impact on people right away."

The situation varies between countries, curiously. A study by researchers at the University College London found that young Australians are actually drinking less during lockdown, partly because of the lack of social opportunities. Those who reported drinking less reports that they've had an improved financial situation and physical health. Similarly, a July poll from Alcohol Change UK found that 37 percent of 1,647 UK residents surveyed had attempted to manage their alcohol consumption during lockdown by having alcohol-free days, reducing the amount of alcohol they purchased, or attending a virtual support group. However, the same study did find that one in five of drinkers surveyed were drinking more frequently during the pandemic.

Notably, before the pandemic, Americans were drinking more than they were just prior to Prohibition.

"Consumption has been going up. Harms (from alcohol) have been going up," Dr. Tim Naimi, an alcohol researcher at Boston University, told AP News in January. "And there's not been a policy response to match it."

Yet, as mentioned briefly above, there is a nascent movement of younger people abstaining. In the last few years, so-called "Dry January" — a monthlong abstinence from alcohol drinks — has become trendy.

"I have seen preliminary studies that suggest depression and anxiety peaked early in the pandemic, but returned back to normal after a month or two," Pollard said. "A big question now is, will alcohol use behaviors persist, or will they go back to the way they were before COVID-19?"

It will be interesting to see if, as the pandemic continues apace, Dry January is popular in 2021.

All things considered, it appears that drinking patterns have bifurcated. Some drinkers now drink more, and others abstain more. The polar reaction suggests that many have reconsidered the role of alcohol in their life.