'It’s been a disaster': Republican evangelical says Trump ‘is not the savior of the universe’ -- so she flipped 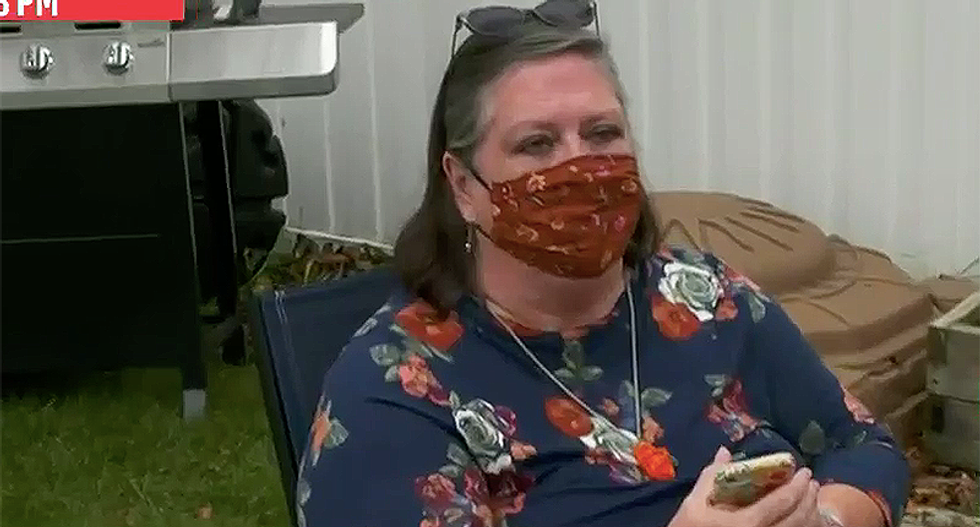 Talking to reporter Chris Jansing in her yard in Ohio, Hannah explained that she found it "so discouraging" to watch Trump not take the coronavirus seriously.

"In one sense he was saying it is not a big deal and it's just going to go away," she said. "And then we find out he was lying about that, knowing the danger and not wanting to tell us."

But it was Cindy, who was the big surprise. She's been an anti-Planned Parenthood activist, for whom abortion was her top issue. But she came to the realization that no president can unilaterally change the country's abortion laws.

"It was clear that the Trump presidency has been a disaster in every way," she explained. "The George Floyd killing was so horrific. Our racial reconciliation process is useless and I saw so many problems in our whole nation, I thought 'nope, this is not going to work for us.' The abortion issue was so hard for me! Once I started researching and realizing how the democratic process works, a president can't shut down abortion tomorrow. Donald Trump is not the savior of the universe. It became very clear that I could look at another way of voting and having a kinder more of a soul of the nation being necessitated."

She said that her children were a huge influence on her decision and have been sending her information to read about politics and the election.

"My sons and their daughters have been so kind and educating and saying, 'Have you read this article? What do you think about this?' And they weren't at all superior or shaming, or 'Mom you're so,' you know. They were just so kind. And it became clear that there was another path. I could break the Republican, evangelical, white, upper-middle-class place that I had lived in for so long."