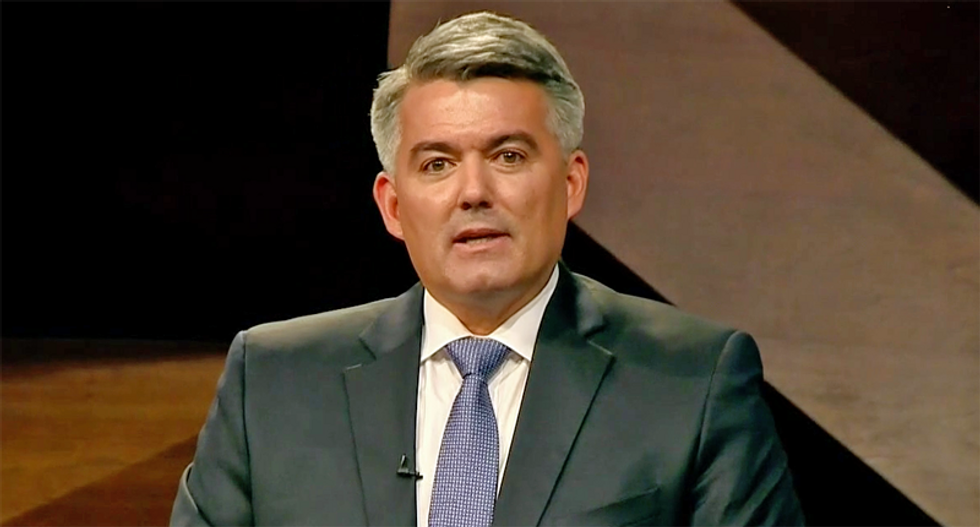 Republican pollster David Flaherty is predicting "historic" losses for his party this Election Day and insisting, “There is no reason for either side to put another dime into this state. It’s over. It is undeniable. The train wreck and implosion of the president will bring a historic number of other Republican candidates down, and if you don’t believe that then you have your head in the sand."

Likewise, campaign finance reports showed that the Republican super PAC the Senate Leadership Fund spent less in Colorado so far in October than in the 10 other states it has focused on. In the total amount of $22.5 million put aside for campaign funding by this group, only $1 million was allocated to Colorado.

“It’s unbelievable,” said Flaherty. “Republicans are trying to defend South Carolina, Georgia, arguably Texas, Kansas, and that is 100% due to the president’s failures as a candidate, on addressing COVID, and on a number of issues. That’s why the Republicans really have their backs up against the wall.”

“My perception is that Cory and his allies have together bought a huge amount of television time. At some point, does another $100,000 make any difference? I’m not sure it does,” said Dick Wadhams, a former Colorado Republican Party chair who has managed successful U.S. Senate campaigns.

“Cory’s problem is not that he does not have enough money in his account or that there’s not enough spending on that side. Cory’s biggest problem right now is the national political environment, and that has been driven by President Trump’s numbers against Joe Biden,” Wadhams said. “I’m not sure any money can offset that right now.”