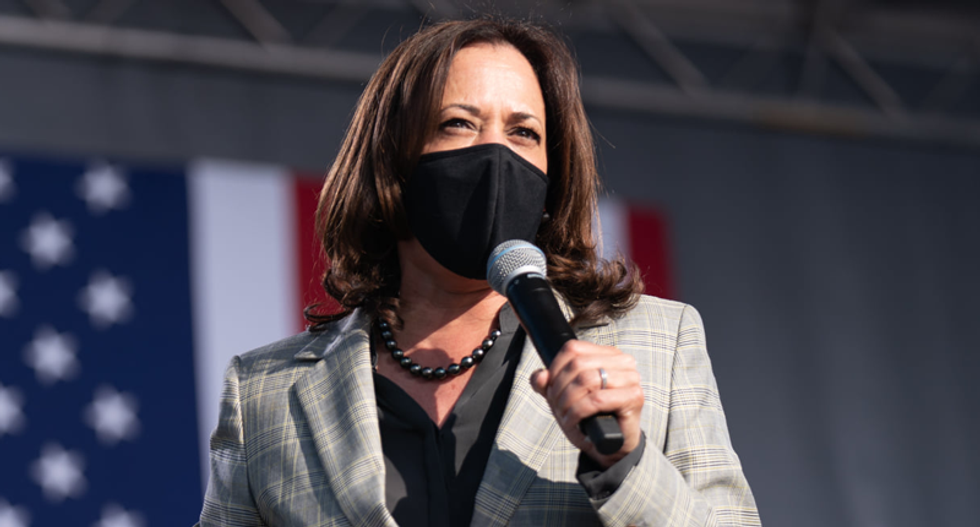 Prior to her election to the United States Senate, Harris served as a local prosecutor on both sides of the San Francisco Bay. She was the chief of the Career Criminal Division as a prosecutor in San Francisco. In 2003, Harris was elected SF District Attorney and was re-elected with 98.5% of the vote in 2007.

In 2010, Harris was elected Attorney General of California. She was re-elected in 2014 before winning her 2016 Senate race.

In the debate, Harris used her quarter-century of prosecutorial experience to make a case against Pence -- and President Donald Trump.

Here are her six top moments:

Harris began the debate prosecuting Pence for the Trump administration's response to the COVID-19 pandemic.

"They knew and they covered it up," she said.

Harris continued to pound the administration on coronavirus.

"Whatever the vice president is claiming the administration has done, clearly it hasn't worked," Harris blasted.

Harris: Whatever the VP is claiming the administration has done, clearly it hasn’t worked https://t.co/Fi1hzrfClu
— Acyn Torabi (@Acyn Torabi)1602119890.0

Harris also prosecuted the administration for constantly lying to the American people.

Harris also cast doubt on Trump's credibility and COVID-19 response by explaining how she will decide whether to take a coronavirus vaccine approved by the Trump administration.

Harris also prosecuted the Trump administration on health care, noting they are pushing the Supreme Court to overturn the Affordable Care Act.

Harris also found a way to prosecute the administration on both the economy and foreign relations -- at the same time.

"You lost that trade war. You lost it," Harris said of Trump's trade war with China.