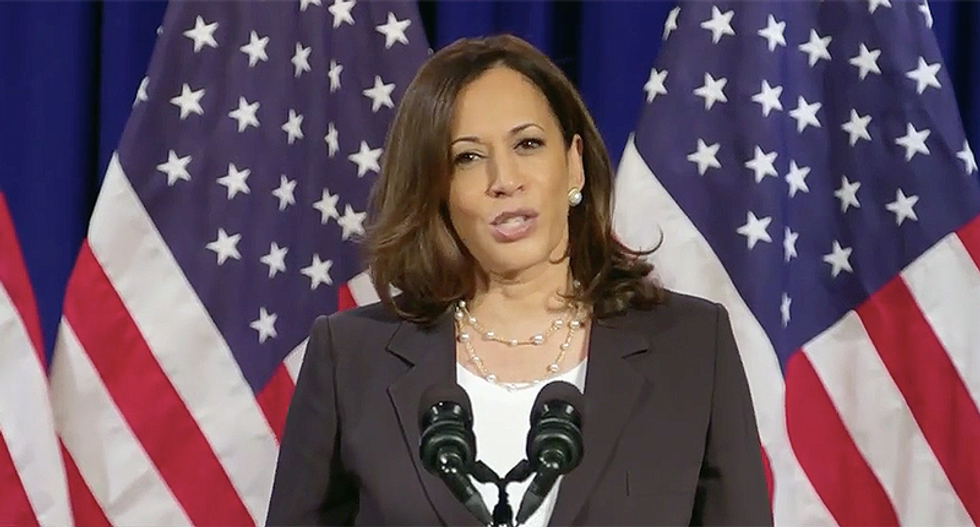 The Daily Beast's Sergio Gonzales is one of Sen. Kamala Harris' (D-CA) former staffers with inside knowledge of what's ahead for the first vice presidential debate - and it's not promising for the other guy.

In his editorial, "Here’s How Kamala Harris Will Expose Mike Pence’s American Hellscape,"Gonzales wrote, "Vice President Mike Pence lives in an America most of us have never known. It’s a fringe conservative’s dreamscape, where impulsive, half-baked decision making is met with fawning and flattery. Far from the world I grew up in, Pence’s insulated bible-scape is populated by stadiums of devoted followers, courts stacked with judicial enablers, and staff who indulge every foolish instinct."

Gonzales expanded, "But on Wednesday evening, Pence will step onto a debate stage in Utah where Kamala Harris will force him to defend a record notorious for its shamelessness in prying dignity, justice, and decency from millions — not just those he’s misled on the deadly pandemic, but those he’s vilified to deny them basic humanity. As a former aide to Harris, I know what awaits Pence on that stage — a 90-minute crash course in accountability, led by a prepped-and-ready prosecutor who will meticulously dismantle Pence’s record. Harris will speak truth to power — and what will remain is a damning rebuke of the Trump-Pence record and a clear contrast between Pence’s vision for the past and Harris’s vision for the future."

Harris is expected to spotlight Pence's "fatally lackluster pandemic response" as a cornerstone of her argument, according to Gonzales, "but she’ll also use the 90-minute debate to speak directly to those who have been marginalized by Donald Trump and Mike Pence — including Latinos, immigrant families, and the LGBTQ community."

The Bookings Institute has dubbed Wednesday night's upcoming vice presidential debate between Sen. Kamala Harris' (D-CA) and U.S. Vice President Mike Pence "the most important vice-presidential debate ever." Expectations are at an all-time high with only a plexiglass wall standing in the way of two politicians who could not be any more different.

If the schedule continues as planned, there will be two additional presidential debates before the 2020 election - one on Oct. 15 in Miami, Fla. and another on Oct. 22 in Nashville, Tenn.