Kayleigh McEnany defends 'super-spreader event' despite catching COVID: 'There's no way to put a pinpoint on it' 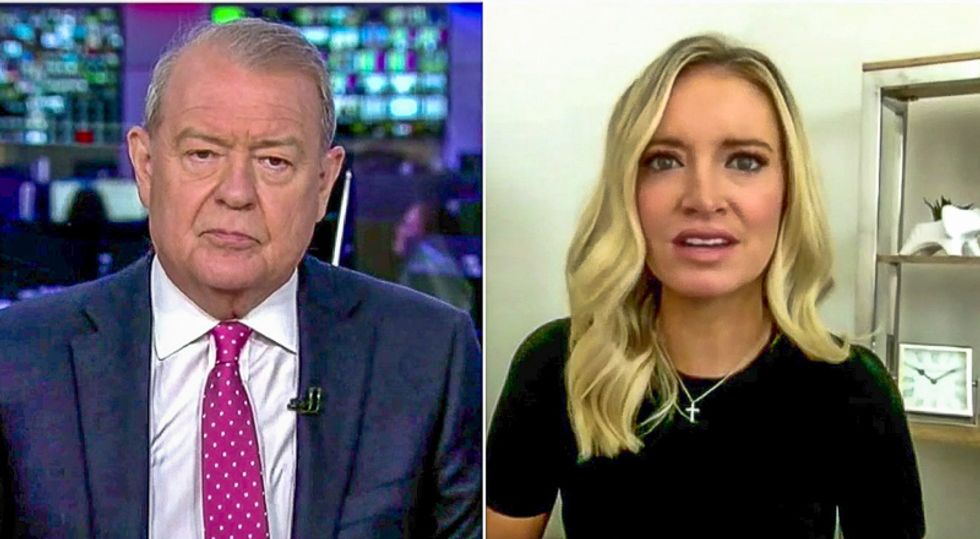 "A lot of people are calling it a super-spreader event," Varney said. "What do you say about that?"

"There's no way to say exactly where this originated," McEnany replied. "Certainly, several of the people who tested positive were at that event but many of these individuals interact with me on a daily basis, certainly when it comes to White House staff. So there's no way to put a pinpoint on it."

"As soon as there were positive cases, the contact tracing began and we moved forward," she added. "The White House has been plagued by this disease just like so many Americans. But the president is overcoming this and Americans, too, will overcome this point in our history."

McEnany went on to insist that the spread of the virus has not "disrupted" the functioning of government.

"Not in the slightest," she said. "Look, I've been there in person when I could. Of course, now that I've tested positive, I'm quarantined. But even in the quarantine process, we are regularly meeting."

Before ending the interview, the press secretary claimed that the president's COVID-19 case is proof that the administration is succeeding against the virus.

"It's an acknowledgement of what this administration has done," she opined.

2020 Election Video Whoa!
Please contact support@rawstory.com for customer support or to update your subscription. Report typos and corrections to: corrections@rawstory.com.