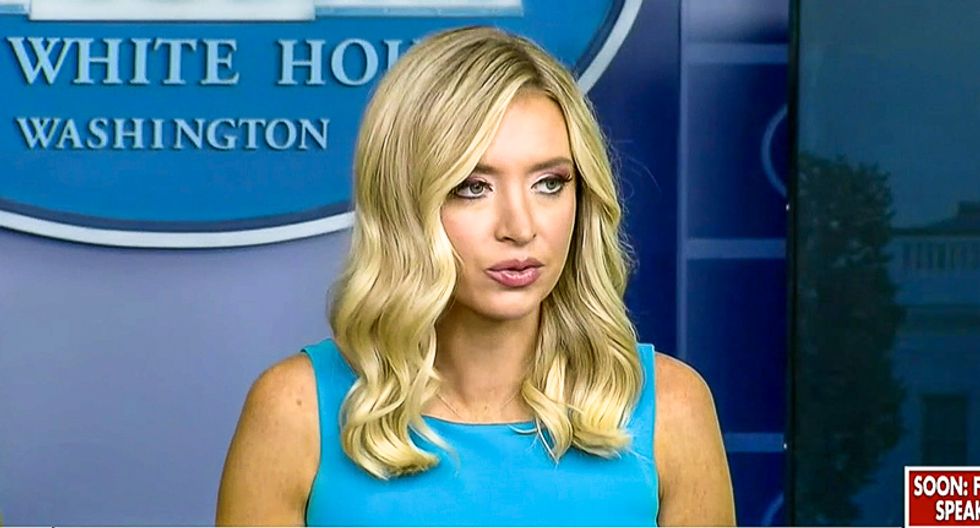 The reporter told McEnany, "You said that Judge Barrett is a Rhodes scholar. I'm not sure that that's true" — and McEnany, looking at her notes, responded, "That's what I have written here."

Trump nominated Barrett — a far-right social conservative who has been involved with the extremist religious cult People of Praise — for the U.S. Supreme Court following the death of Justice Ruth Bader Ginsburg. People of Praise have been controversial for their extreme patriarchal views and teaching that female members should be totally submissive to their husbands.

Barrett's Senate confirmation hearings are set to begin on Monday, October 12. Trying to rally his white evangelical Christian Right base, Trump is hoping that the Senate will have a full vote on Barrett's nomination before Election Day.