Kayleigh McEnany ridiculed for Leslie Stahl stunt: ‘You people are so bad at this’ 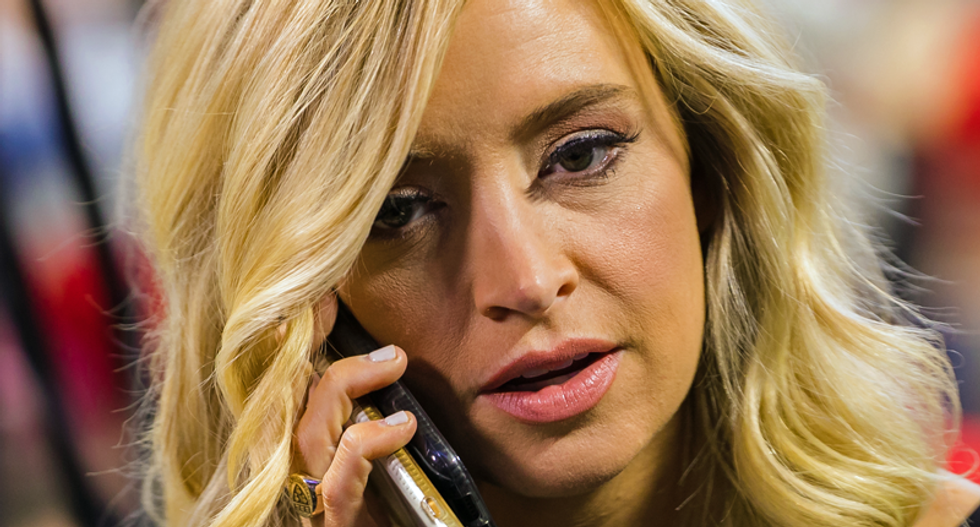 Kayleigh McEnany speaking to the media at Trump's rally in Des Moines, Iowa at Drake University’s Knapp Center on 01/30/2020.

White House Press Secretary Kayleigh McEnany shared a tweet Tuesday with an image of her handing Lesley Stahl a book on President Donald J. Trump's accomplishments on health care. Kayleigh wrote, "She couldn't believe how HUGE it was and said, 'I can hardly lift this!!"

The reactions on social media rolled in from there.

@PressSec @realDonaldTrump Nah. PropagandaBarbie, What Stahl REALLY said was: "Why did you waste all these blank pi… https://t.co/AK780EvOZC
— Susan DeVico (@Susan DeVico) 1603231370.0

@PressSec @realDonaldTrump Did she have a chance to ask about these laughably cartoonish props before he soiled his… https://t.co/DQBwEbHlxn
— bob clendenin 🇺🇸 (@bob clendenin 🇺🇸) 1603231124.0

@PressSec @realDonaldTrump so you wrapped a fake cover sheet around a Webster's unabridged dictionary. you people a… https://t.co/CJjOzmovtz
— Jeff Tiedrich (@Jeff Tiedrich) 1603231736.0