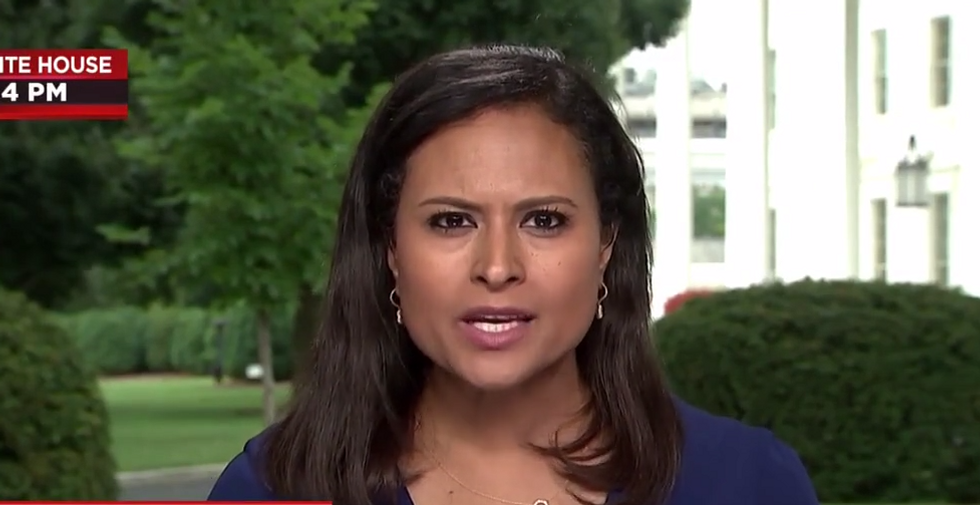 The 44-year-old will be looking to bring order to the showdown in Nashville, Tennessee, after Fox News anchor Chris Wallace was criticized for presiding over a hard-to-watch bickering fest between the septuagenarians last time out.

Welker, NBC's White House correspondent since 2011, is already under pressure from President Trump and his entourage, who claim she's left-wing, an allegation they regularly throw at mainstream media figures.

"She's a radical Democrat," Trump told a rally in Phoenix, Arizona, on Monday. "She's been screaming questions at me for a long time and she's no good."

Trump, 74, doubled down on Tuesday, saying that the parents of the first woman of color to host a presidential debate since 1992 were fervent Democrats.

In January, he had struck a different tone, congratulating Welker on becoming a regular co-presenter of NBC's Weekend Today show.

"They made a very wise decision," Trump said.

The Philadelphia-born and Harvard-educated reporter responded by asking the former real estate developer for an interview, which she never got.

Welker was registered as a Democrat in 2012 but is not politically affiliated today and has never donated to any party.

Welker should have been following in the footsteps of Steve Scully who was scheduled to moderate the second debate before it was canceled because Trump, then infected with coronavirus, refused to take part virtually.

Scully was later placed on administrative leave by cable network C-SPAN after lying about a tweet linked to the president. Trump claimed it showed that the scrapped debate was going to be "rigged."

Welker, out of caution, then hid her own Twitter account for a few hours before reactivating it, in a move that several conservative commentators denounced as suspicious.

During the first debate in Cleveland, Ohio, Wallace struggled to bring the candidates to heel as Trump repeatedly interrupted Biden and the debate turned into a incoherent slanging match.

This time around, Welker, known for her calm demeanor and incisive questioning, will be helped by the muting of the candidates' microphones when they are not answering questions.

Welker has chosen the six topics for discussion, as tradition dictates. They are: fighting COVID-19, American families, race, climate change and national security.

NBC News president Noah Oppenheim told The Baltimore Sun he was confident that Welker was up to the task of moderating the debate.

"Kristen represents the best of NBC News and of journalism generally," Oppenheim said. "She’s fair, she's deeply prepared, she's well-versed in the issues and she's going to do a great job."