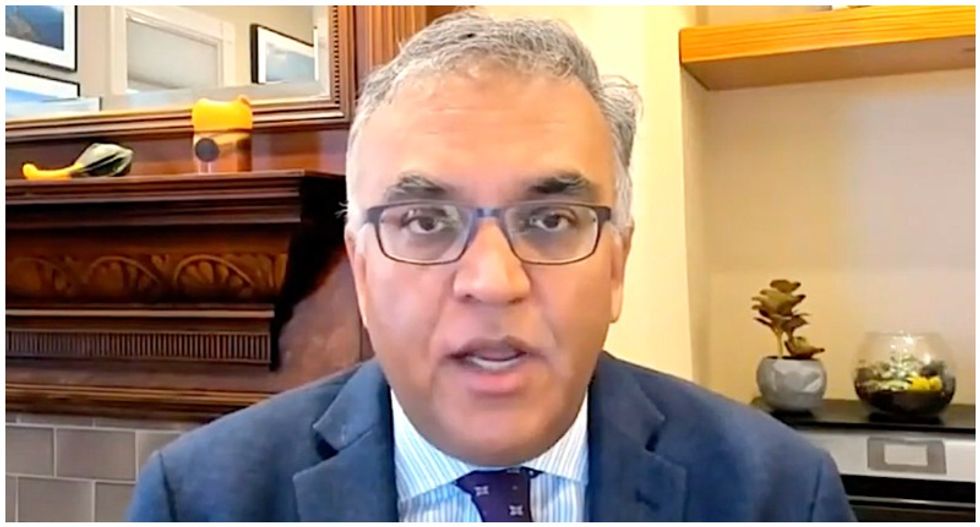 Speaking on MSNBC this morning, Dean of Brown University School of Public Health, Dr. Ashish Jha, said the updates coming from President Trump's doctors at Walter Reed are "confusing" because they've been "inconsistent" and "evasive."

"But if we assume that the President started having symptoms on Thursday and tested positive for the first time on Thursday, he is still very much in the thick of it," Jha said.

Jha then addressed the seemingly evasive statement given to the press by Trump's physician Dr. Sean Conley, saying that while it's okay for a doctor to reflect optimism, it's also important to be truthful.

"There's nothing about optimism that says you have to be evasive, that you have to hide information, that you have to obfuscate ... but I do have questions about how [Conley] has been communicating with the American people," Jha said, adding that "even yesterday, he was hardly straightforward -- I don't understand why they think this is going to be helpful to them to be less than clear. I think it sows more doubts than it clarifies."

“The response about his CAT scan – that it showed ‘expected findings’ – I’m sorry, that’s just bizarre,” he continued. “Expected by whom?”

Watch the segment in the video below: