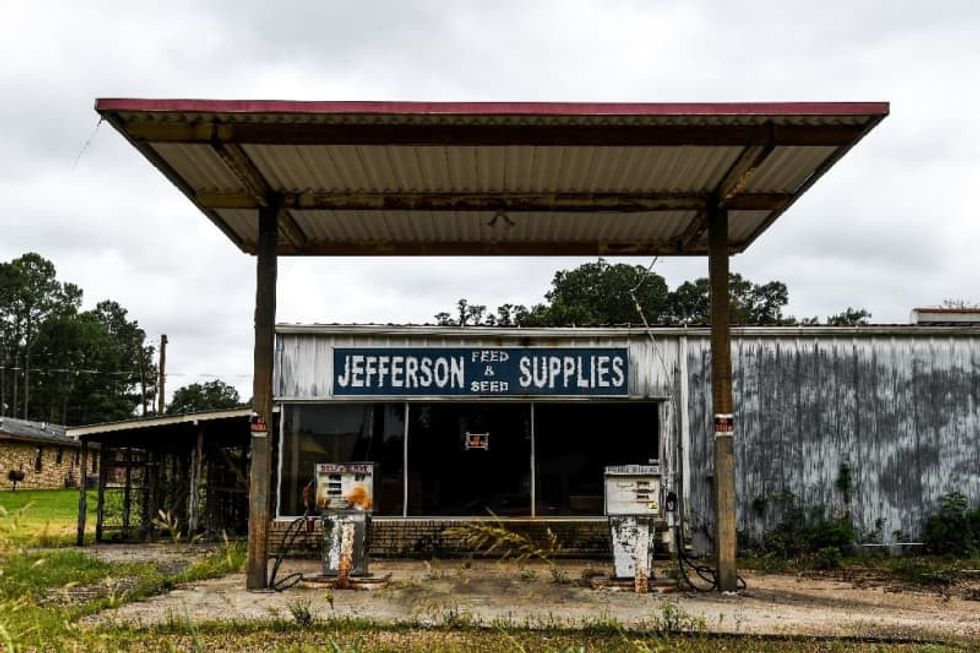 All that remains of what was once a Civil War-era cotton plantation is a crumbling building overgrown by weeds.

But the legacy of slavery in Jefferson County in the Deep South US state of Mississippi remains clearly visible.

Eighty-five percent of the population of Jefferson County is African-American, making it the county with the largest Black population in the entire United States.

It is also one of the poorest with average household income of just over $20,000, one-third of the national average.

Following the deaths of a number of Black Americans at the hands of the police, a national reckoning on racism has become a fixture of the November election campaign.

While large US cities have been rocked by protests for racial justice, the debate has a different flavor in Jefferson County.

"Racism, we all know it exists, but we don't feel a major impact because of our area being a predominantly Black area," said Bruce Walton, who heads the Board of Supervisors of Jefferson County.

Jefferson County is a Democratic enclave in Mississippi, a largely Republican state, and only 12 percent of its 7,000 residents voted for Donald Trump in 2016.

"We don't receive a whole lot of funding," he said.

The needs in Jefferson County are readily apparent.

Farming has been declining for decades and no industry has taken root to replace it other than a lumber factory.

Many residents commute to Jackson, the largest city in the state, about 90 minutes away by car, or to jobs in Louisiana on the other side of the Mississippi River.

Many have no work at all.

Katina Hawkins, 61, survives on food stamps and said she can't afford to visit her son who is incarcerated at the other end of the country.

Hawkins said she hasn't had much time to think about the November 3 presidential election between Trump and Democrat Joe Biden but she will cast her ballot.

In the Deep South, African-Americans were long disenfranchised by segregationist laws which were only dismantled in the 1960s by the civil rights movement.

When he was younger, Roosevelt Cruel took part in that struggle.

The now 70-year-old Cruel said he regrets that political gains for Black Americans have not been accompanied by economic progress.

A stone's throw from his house is a cotton field where the buds are just starting to flower, giving it the appearance of a woolly white blanket.

Like other large-scale operations, it is owned by a white family.

"It's hard for Blacks to have this magnitude of crop-growing because of the lack of space, the lack of equipment to work the farm, the lack of the finance to purchase the fertilizer, the seed and all of that," Cruel said.

Jessica Crawford of the non-profit Archeological Conservancy, said "it was never easy for African-Americans to own their own land."

The Archeological Conservancy has purchased the former cotton plantation in Jefferson County in a bid to learn more about the slaves who once worked there.

After the Confederacy was defeated in the 1861-1865 Civil War, the slaves of "Prospect Hills" -- as the plantation was called -- were freed.

"But the system of slavery never really went away," Crawford said. "It just evolved and changed. They simply shifted to tenant farming.

"Someone who was formerly a planter would lease out or rent a little bit of land to someone who had usually been enslaved on that plantation," she said.

"This person would have to produce a certain amount of cotton to pay for his rent."

As agriculture became less profitable, many whites left the county but a statue honoring Confederate soldiers still stands outside the courthouse in Fayette, the county seat.

In June, a group of young people held a march demanding it be taken down.

"It was awesome," said Walton, and the Board of Supervisors has since begun the process of having it dismantled.

Walton, a Democrat, said it is important to look towards the future but "economically we are going backward," particularly with the job losses accompanying the coronavirus pandemic.

With less than 250 Covid-19 cases and only five deaths, the county has done pretty well overall.

Kerry Pree, another local lawmaker, jokes that it's because there are no offices or factories. "Social distance, we just do anyway," he said.

Because of the Covid-19 lockdown, Jenny Beamer, 27, lost her job at a nuclear power plant located about two hours from Fayette.

"I was receiving unemployment," Beamer said.

"But this weekend we received an email that the governor made an executive order to cut our unemployment even more, by $40."

"There's no jobs here," she said. "I would actually love to leave."