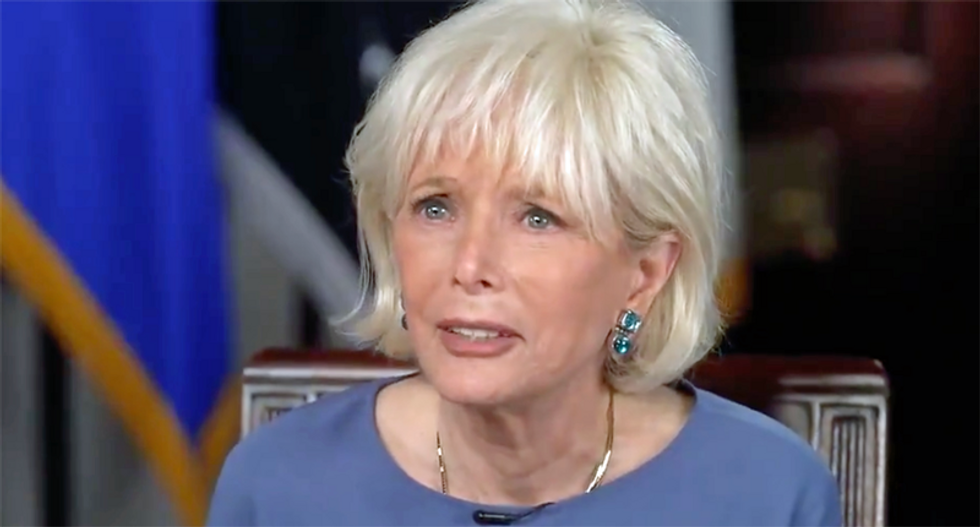 CBS News' Lesley Stahl took heat from President Donald J. Trump for asking him "tough questions" during their interview for 60 Minutes and the train wreck will air Sunday night in primetime.

But in the meantime, there's this:

Lesley Stahl: But you're okay with some tough questions?

President Donald Trump: No, I'm not. I mean--

Lesley Stahl: (LAUGH) You're not okay with tough questions?

President Donald Trump: I want them to be fair. You-- you don't ask Biden tough questions.

Then came the subject of health care -- one in which Trump continuously blamed former president Barack Obama.

President Donald Trump: It will be.

Lesley Stahl: "It'll be here in two weeks." "It's gonna be like nothing you've ever seen before." And of course we haven't seen it. So why didn't you develop a health plan?

President Donald Trump: It is developed, it is fully developed. It's going to be announced very soon--

President Donald Trump: When we see what happens with Obamacare.

Lesley Stahl: If the Supreme Court ends this-- Obamacare--

President Donald Trump: Well, we're gonna have to see what happens. I think-- I hope that they end it. It'll be so good if they end it--