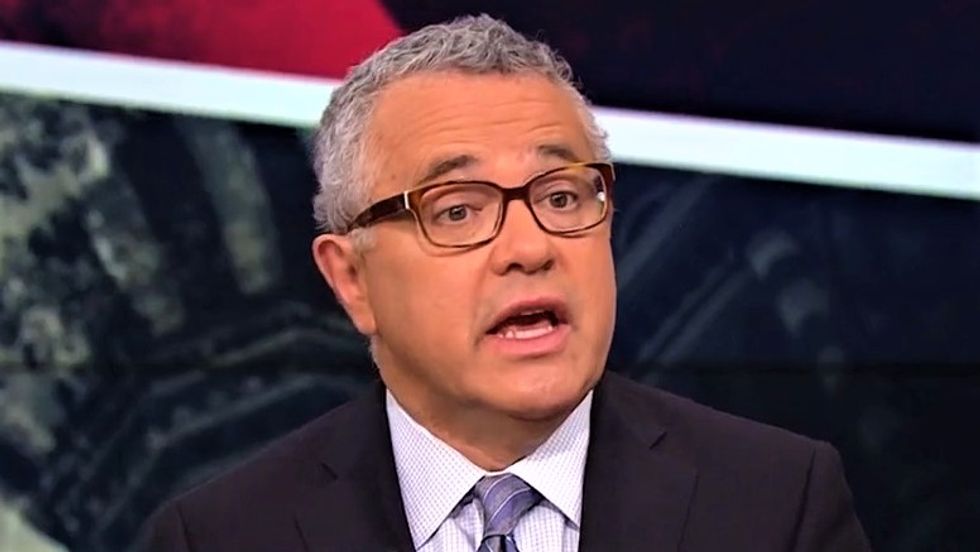 CNN legal analyst Jeffrey Toobin on Monday used quotes from a recent Amy Coney Barrett speech to explain what she's really trying to signal when it comes to her own judicial philosophy.

While discussing Barrett's Senate confirmation hearings this week, CNN played a video of Barrett talking at the White House in which she cited her past work for the late Supreme Court Justice Antonin Scalia as formative of her views on the role of the judiciary.

"I clerked for Justice Scalia more than 20 years ago, but the lessons I learned still resonate," she said. "His judicial philosophy is mine too: A judge must apply the law as written. Judges are not policymakers, and they must be resolute in setting aside any policy views they might hold."

"Let me translate that into English," Toobin said after the clip had ended. "What that means is that if a state wants to ban abortion, that should be up to the state, that's a policy that the court should not address. In other words, Roe v. Wade should be overturned."

Toobin said that this philosophy could also extend to denying LGBT couples the right to legally marry.

"If a state wants to ban gay people from getting married to each other, that's a policy issue that the state should be allowed to do and the court should have nothing to do with it," he said, summarizing Barrett's views. "This is what it means to defer to the policymakers in the states."