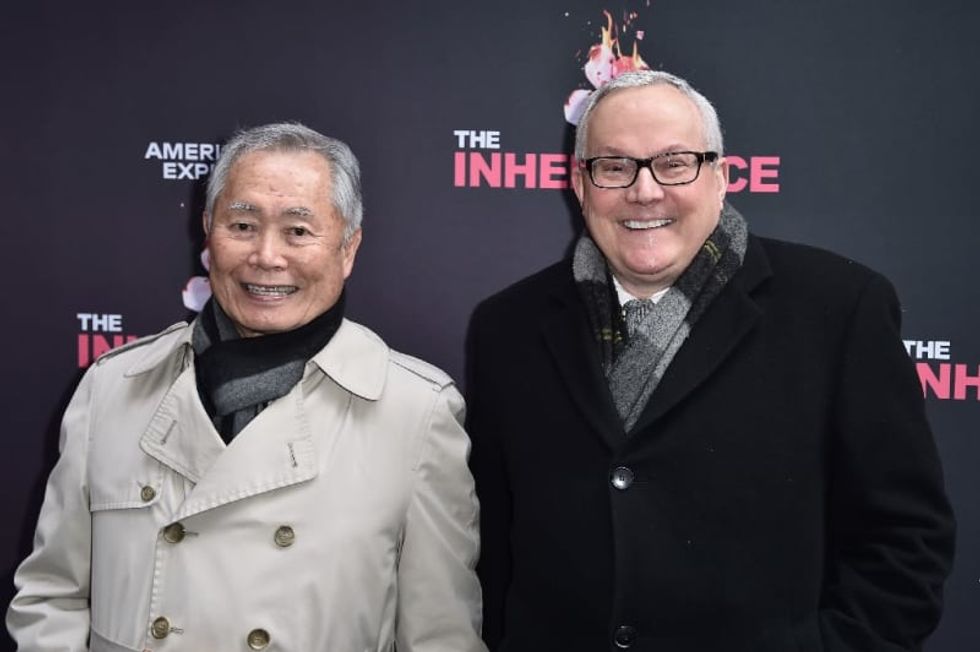 The Proud Boys hashtag, used by a far-right group recently thrust into the national spotlight, was trending on Monday after the LGBTQ community took it over to flood Twitter with gay pride images.

The social media campaign took off over the weekend after the Proud Boys -- designated a hate group by the Southern Poverty Law Center -- garnered headlines following last week's US presidential debate during which President Donald Trump was asked to condemn white supremacists.

The president instead lashed out at the leftist Antifa movement and gave a boost to the Proud Boys, telling them to "stand back and stand by."

But the group's hashtag took on a totally different meaning over the weekend after LGBTQ Twitter users hijacked it and began posting pictures of gay couples, memes and messages of love.

"Star Trek" actor and LGBTQ icon George Takei proposed the idea, writing to his 3.1 million followers on Twitter: "I wonder if the BTS and TikTok kids can help LGBTs with this. What if gay guys took pictures of themselves making out with each other or doing very gay things, then tagged themselves with #ProudBoys. I bet it would mess them up real bad. #ReclaimingMyShine."

His fans didn't disappoint, with thousands of people, including politicians, TV stars and the Canadian armed forces, inundating Twitter with pictures of gay couples, messages of love, memes and videos of gay men dancing.

Congressman Carlos G Smith, the first LGBTQ Latino legislator in Florida, tweeted a series of pictures with his partner saying "your two favorite #ProudBoys are here standing by, ready to VOTE!"

Bobby Berk, a host on the Netflix show "Queer Eye," tweeted a picture with a message that read "Look at these cute lil #ProudBoys (#retweet and make this hashtag about love, not hate.)"

The Canadian armed forces also shared a pictures of two men kissing under the #ProudBoys hashtag.

Enrique Tarrio, the leader of the Proud Boys, told CNN that his group was not flustered by the campaign and insisted that the group was not homophobic.

"I think it's hysterical," Tarrio said. "This isn't something that's offensive to us. It's not an insult. We aren't homophobic. We don't care who people sleep with. People think it's going to bother us. It doesn't.