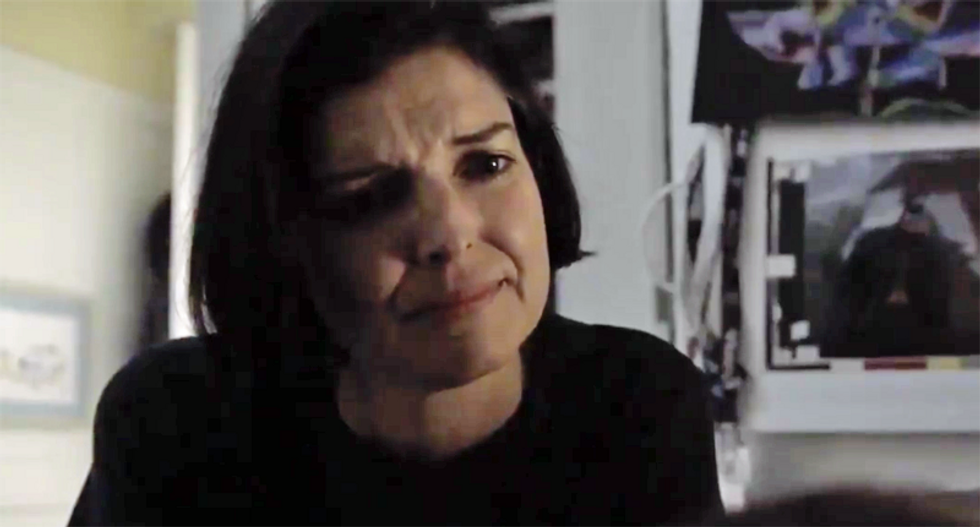 The Lincoln Project, the group of former top GOP strategists seeking to beat President Donald Trump in the 2020 election, released another new video on Monday evening.

Unlike other videos, the latest release did not feature Trump saying crazy things. Instead, it is more like a 60-second short film.

It features a mother listening to election night returns. She goes into her son's bedroom and lovingly awakens him.

"Hey honey, you asked me to wake you and tell you what happened in the election," she says.

"Who won?" the child asked.

"But I thought you could only be president two times," the child responded.

"Not anymore," his mother replies, with a pained look on her face.

Chanting can be heard in the background, as the volume increases it becomes recognizable as "12 more years."

"Stop him or it will never stop," appears on the screen. "Vote him out."