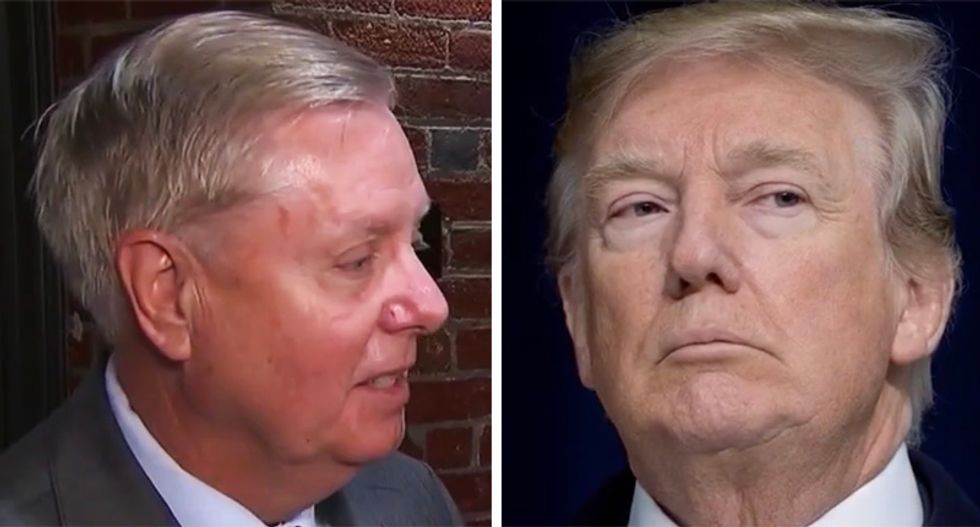 "I feel fine and look forward to the hearing for Judge Amy Coney Barrett on Oct. 12," stated Graham. "Any Senator who wants to participate virtually will be allowed to do so."

“I want you to use my words against me," Graham said at that time. "If there’s a Republican president in 2016 and a vacancy occurs in the last year of the first term, you can say Lindsey Graham said let’s let the next president, whoever it might be, make that nomination.”

Talked to Senator Lee earlier today and wished him a speedy recovery. Look forward to welcoming him back to the… https://t.co/HaF3zuBOtF
— Lindsey Graham (@Lindsey Graham) 1601654134.0