‘Mail has been sitting for over a week!’: Disturbing video from inside Florida post office – mail-in ballots ‘piled up’ 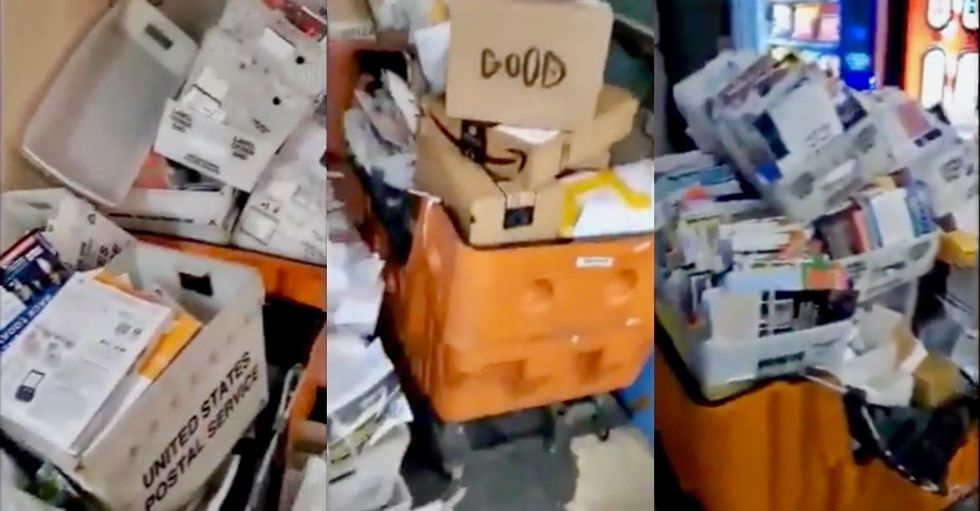 A top Florida congressman just tweeted out video from inside a Miami post office that shows what appears to be an out of control sorting facility with mail in bins and boxes in no discernible order. Postmaster General Louis DeJoy for months worked to slow down the processing and delivery of mail, and this video seems to show he was successful.

"Mail has been sitting for over week!” Florida House of Representatives Democratic Leader Kionne McGhee says, noting “mail in ballots are within these piled up in bins on the floor.”

"Speaking with a resident within the area and being told some in the area haven’t received their mail from the below mentioned post office in five days.”

How do you feel knowing you took all steps necessary to mail your ballot well ahead of deadline only to find out it… https://t.co/ePVyGja0b5
— Jennifer Hayden (@Jennifer Hayden) 1604084132.0