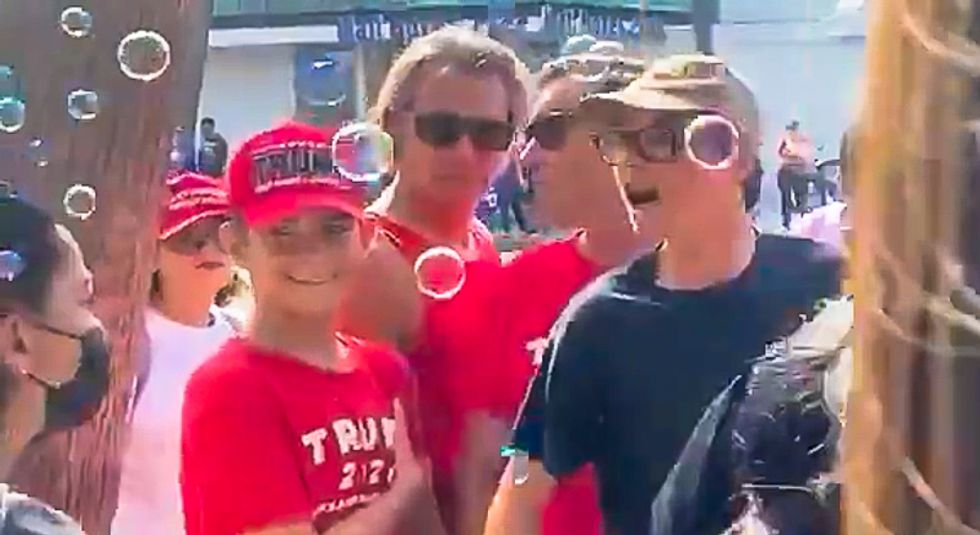 The confrontation occurred in Newport Beach, California, where President Donald Trump was holding a fundraiser. Tickets to the fundraiser were available for up $150,000 per couple, the Los Angeles Times reported. The event was expected to raise over $11 million for the Republican Party.

According to crime reporter Josh Cain, at least two Trump supporters were seen coughing on Biden backers at a nearby demonstration.

Orange County Register correspondent Alicia Robinson captured one of the incidents on video.

"Trump supporter screaming at people in Black Lives Matter attire to leave, one guy exaggeratedly pretended to cough on them," she wrote.

In the video, Biden supporters can be seen arguing with Trump supporters, who are not wearing masks.