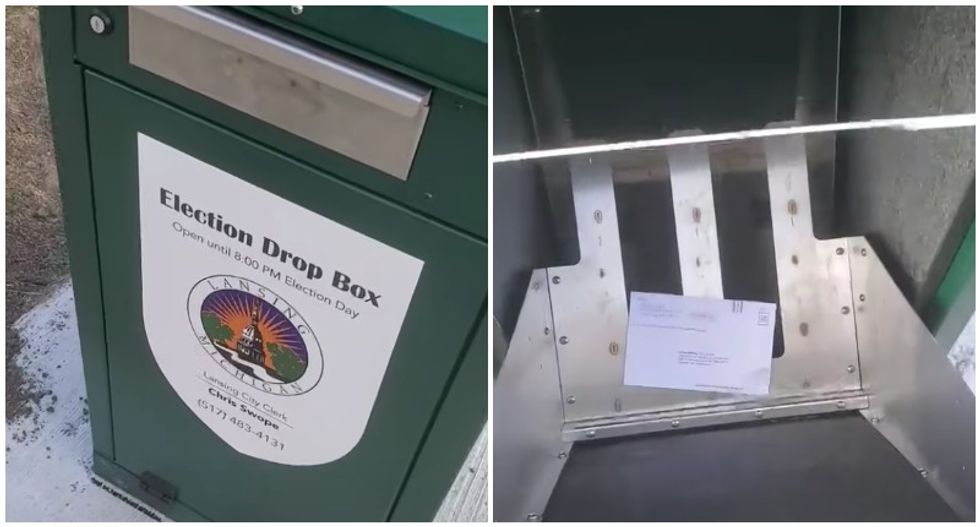 According to Lansing City Clerk Chris Swope, a video shared by the Michigan Republican Party this Wednesday showing an unlocked ballot box was recorded before ballots were sent out in the mail, the Lansing State Journal reports.

"I think it's disingenuous to be spreading this and saying our election is not secure," Swope said, adding that his office is meeting all requirements set by state law.

A spokesperson for Secretary of State Jocelyn Benson slammed the Republican Party for circulating the videos.

"The claim there were 'ballots inside' is easily disproven by their own video," Jake Rollow said. "By sharing blatantly false statements in the press release, they are irresponsibly spreading misinformation likely intended to suppress voting among Michigan citizens."

The videos have been referred to the Michigan Attorney General for investigation, Rollow said.