Mike Lee: It's 'really difficult' for 'nine members of a Supreme court' to reflect '330 million Americans' 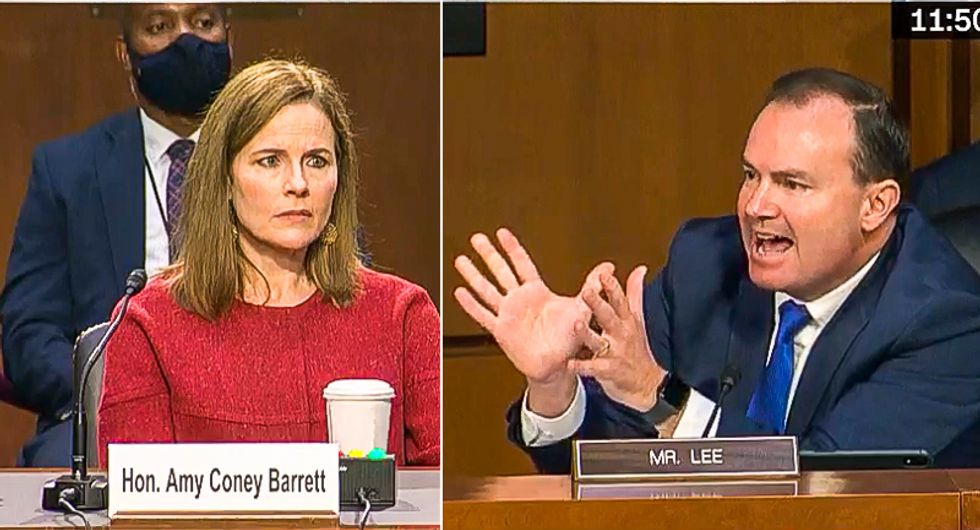 Sen. Mike Lee (R-UT) on Tuesday asserted that it is "really difficult" for a Supreme Court with only nine justices to reflect the views of 330 million Americans.

During confirmation hearing for Supreme Court nominee Amy Coney Barrett, Lee seemed to bolster the case for expanding the court beyond nine members.

Lee suggested that the court could not adequately represent all Americans with the current number of justices.

"The fact that we have this debate [on abortion rights] and the fact that it's become as protracted, as personal as it has, can be traced to the fact that we have tried to make a debatable matter beyond debate," Lee said. "And we've tried to take it outside the political branches of government, where people can elect their individual representatives and have laws reflecting and respecting the views of their respective communities."

Lee noted that elected officials are accountable because they must stand for re-election.

"It doesn't happen that way in the Supreme Court of the United States," he added.