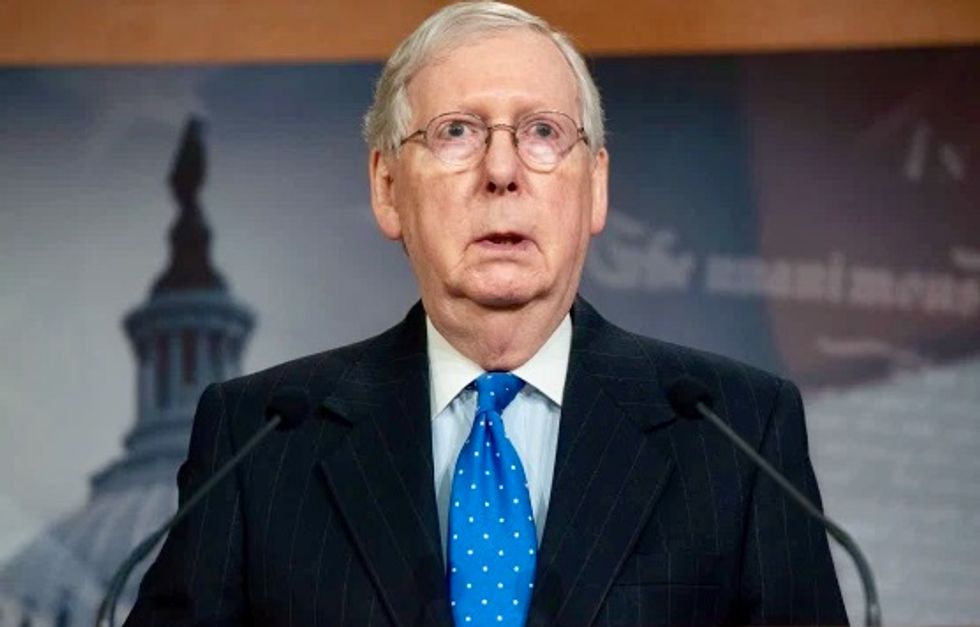 Senate Majority Leader Mitch McConnell on Thursday was photographed with what appear to be disturbing bruises on his face and hands, and with bandages on his hands as well, but he is refusing to share with voters what health issues he is suffering from.

McConnell told CNN there are "no problems." When asked if he had any health problems the 78-year old said: "Of course not."

The Kentucky lawmaker "did not respond when asked if he was being treated by a doctor. An aide to McConnell also declined to provide any additional details when asked multiple times about the majority leader's health."

The Courier-Journal reports McConnell earlier this month "refused to say whether he had recently been tested" for coronavirus.

"Have I ever been tested? Yes," he said after reporters repeatedly asked him about that. "But I'm not going to answer questions about when."

McConnell, who has been blocking coronavirus legislation for months, is seeking re-election. He is challenged by Democrat Amy McGrath. He is nine points ahead of her according to a recent poll.

On social media, many are speculating about the Majority Leader's heath since he refuses to share with voters what has caused his appearance.

@houseofsnarks I’m an infusion nurse and even in the very elderly on Coumadin I have never seen infiltrations or IV… https://t.co/BxvJmQVc0s
— Debbie Johnson (@Debbie Johnson)1603407622.0