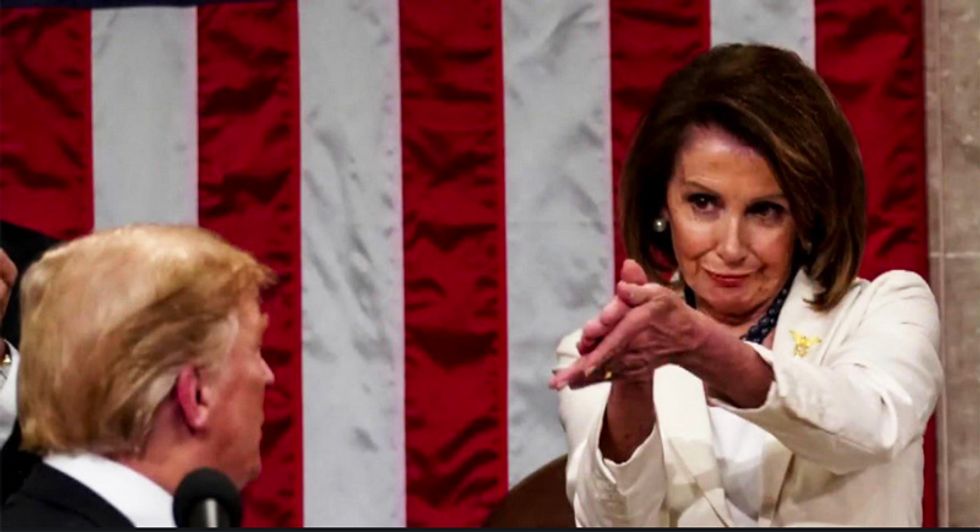 On Monday's edition of CNN's "The Situation Room," businessman and former Democratic presidential candidate Andrew Yang said that House Speaker Nancy Pelosi (D-CA) has President Donald Trump in a good position on the COVID-19 relief talks — and should close the deal now.

"Pain is spreading," said Yang. "The food bank lines are stretching on for miles and hours in places that before, it did not see that kind of need and desperation. I hear from people every day about the fact that they can't make rent or pay for groceries or they don't know where they're going to be able to get the money to put gas in their car. And we can prevent this."

"We have a deal that's on the table right now from President Trump," said Yang. "$1.8 trillion, that would extend federal unemployment weekly benefit of $400 a week to Americans who are struggling. $1200 in cash to households. $300 million-plus to state and local governments. This is a great deal. Nancy Pelosi has won. All she has to do now is take the win for the American people."

"Americans might not see relief until after the holidays if we don't get this done right now," added Yang. "And if you think about it from the perspective of politics, when is the pressure going to be higher on the president than right now to deliver for the American people? It won't. Right now, he's desperate for any catalyst to show that he's actually coming through, so we have him where we want him. We just need to say yes."