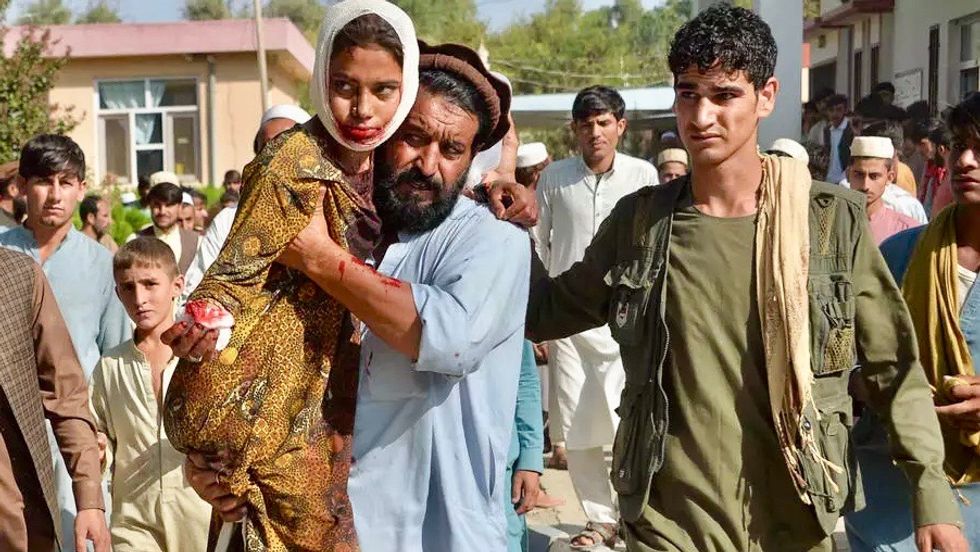 Fearful that the Taliban have changed little since the darkest days of their regime, many Afghans worry about a new era of Taliban influence NOORULLAH SHIRZADA AFP

Almost two decades after the United States launched what would become its longest-ever war with air strikes on Afghanistan's ruling Taliban regime, the hardline group are in a stronger position than ever.

The invasion on October 7, 2001 quickly toppled the militants, who had harboured Al-Qaeda, the group behind the September 11 attacks that killed nearly 3,000 people in America just weeks earlier.

Nineteen years after their brutal Islamist regime collapsed, the Taliban are pushing for a return to power, having signed a landmark troop withdrawal deal with Washington in February and currently holding peace talks with the Afghan government.

Fearful that the Taliban have changed little since the darkest days of their regime -- when they killed women accused of adultery, attacked minority religious groups and barred girls from going to school -- many Afghans worry about a new era of Taliban influence.

"I remember the Taliban regime like a nightmare. We are scared for our future and my daughter's future," said Kabul resident Katayoun Ahmadi, a 26-year-old mother.

She recalled seeing severed hands and fingers on Kabul's streets following amputations for petty crimes under the Taliban's strict interpretation of Sharia law.

The 2001 invasion heralded some enduring improvements for young Afghans -- particularly girls -- and ushered in a constitution guaranteeing certain freedoms including the right to an education.

But so far in peace talks in Doha, which started last month, the Taliban have said little about issues such as women's rights or freedom of expression.

Ahmadi's husband Farzad Farnood, 35, a researcher for the Afghanistan Institute for Strategic Studies, said a rise in Taliban violence since a deal was signed between the hardline group and Washington shows the militants have not changed.

"Is this creating hope for Afghans? No, it is not," he said.

As a teenager, he witnessed the Taliban stoning a woman to death and public executions and floggings in Kabul's football stadium. His family had to hide their black-and-white television's antenna in a tree when the Taliban banned music and entertainment.

"All the achievements we have made in the last 18 years did not exist in the Taliban era," he said.

Zia-ul-Rahman, a former insurgent who battled foreign troops and Afghan government forces for four years, told AFP the Taliban were pushing for "the establishment of an Islamic system", even though the Islamic republic's constitution already gives primacy to the religion.

"We have no problem with girls getting an education or women working, but they have to wear a hijab," he added.

US involvement in Afghanistan has proven painfully difficult for the superpower, draining more than $1 trillion from its coffers and resulting in about 2,400 troop deaths in a war the Pentagon has characterised as a stalemate.

In Doha, the Taliban and the Afghan government are struggling to agree common language on a range of issues before they can even establish an agenda, in talks that could continue for years.

Some US lawmakers have said they would oppose any deal that fails to protect women and minorities, but President Donald Trump's administration has stressed it wants little to do with the outcome which he said will be "Afghan-owned".

Jawed Rahmani, a 38-year-old security worker in Kabul, said US disengagement would inevitably lead to a Taliban takeover of Afghanistan.

"These are not peace talks but a deal to hand over the next government to the Taliban," he said.

"People are happier with whatever we have right now, compared to the darkest era of the Taliban."