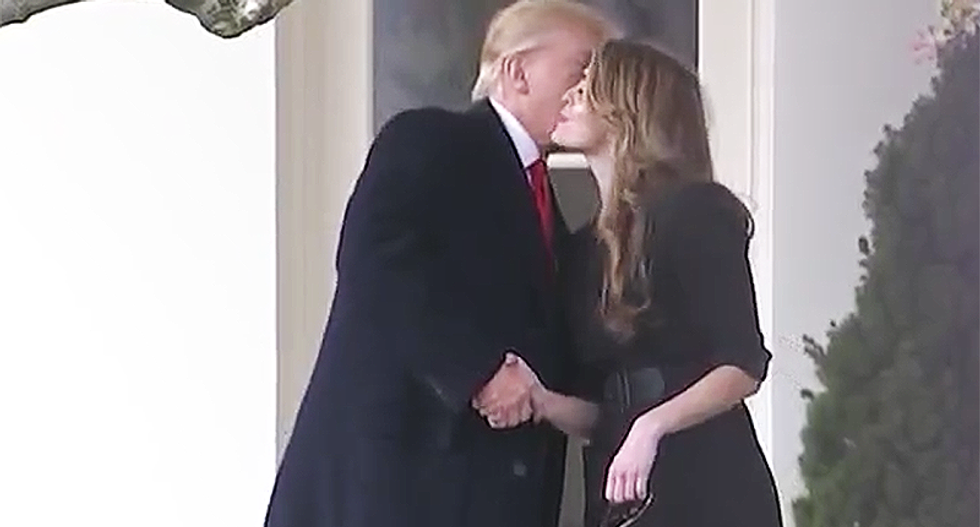 The narrative that former White House Communications Director Hope Hicks tested positive for COVID-19 and then passed it on to President Donald J. Trump and his wife, First Lady Melania Trump, has a few flaws. And here's why.

Hicks reportedly traveled with Trump on Air Force One after testing negative for COVID-19 Tuesday for the debate in Cleveland. She was spotted without a mask. As his confidant and counselor, Hicks joined Trump at campaign stops in Ohio and Minnesota before testing positive for COVID-19 on Wednesday. Trump tested positive for COVID-19 two days later - on Friday - if the timeline is accurate.

This visual guide published by The New York Times reveals a stunning interpretation of how and when the virus spread.

Hicks, a 31-year-old former model and employee of the Trump Organization, was Trump's longest-serving political aide at the time of her resignation in 2018. Before returning to the White House in 2020, she worked as chief communications officer and executive vice president at Fox Corporation where she reportedly made close to $1.9 million.