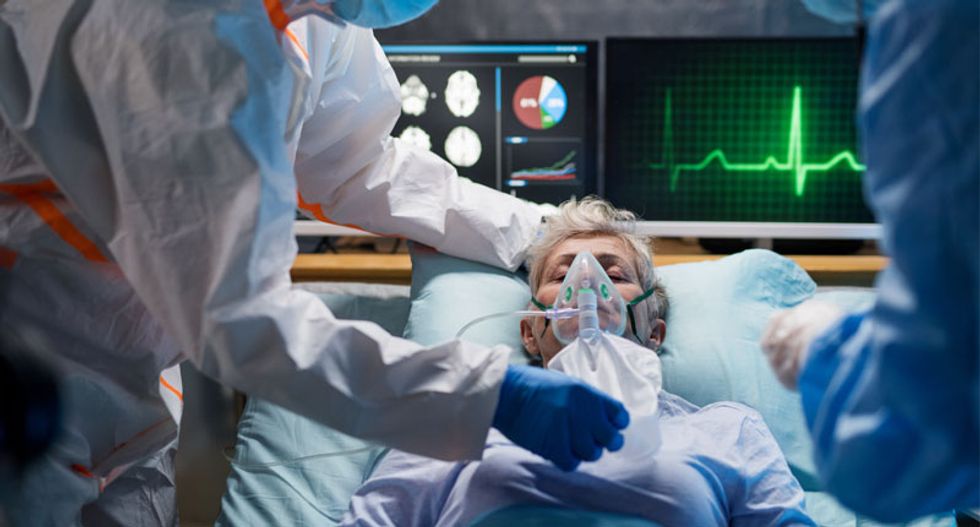 On Monday, The Daily Beast profiled Elaine Cunningham White-Gardner, a New Jersey woman who became gravely ill of COVID-19 the same weekend President Donald Trump was admitted to Walter Reed Medical Center. Her infection took a worse turn than the president's, and she ultimately passed away — but one of her final acts was to make sure her ballot was cast.

"While 74-year-old Trump was exulting in his own good fortune, declaring 'I’m immune,' 80-year-old White-Gardner became sicker and sicker," reported Michael Daly. "But whatever might happen, she was determined to perform one more all-important civic duty in a life devoted to bettering the lives of others. She completed an absentee ballot and arranged for a nurse to deliver it from her bedside to the Hudson County Board of Elections. 'She was having a lot of trouble breathing, but for her it was, ‘One way or the other, I’m getting that vote,’' her niece, Nichole Taylor, told The Daily Beast."

"The woman who would enlist a nurse to help her vote had herself become a licensed practical nurse after graduating high school. She also began raising four sons: Troy, Derrick, Darryl, and Peter. She developed a mother’s deep concern about the state of the school system and decided one way she could make it better would be to become a teacher," said the report. "White-Gardner went on to teach African-American history at Henry Snyder High School and at McNair Academic High school in her home city."

According to the report, "The evening White-Gardner died, Trump was in Tucson, addressing his second rally in Arizona that day." At that rally, he proclaimed himself "immune" and said the pandemic was on the verge of ending.

"Gardner-White’s absentee ballot was among some 20,000 that had been received by the Hudson County Board of Elections. A clerk there told The Daily Beast that dead voters are legally disqualified," said the report. "'It’s not supposed to count because you're supposed to be alive on Election Day,' the clerk said. 'But if we don’t receive notice how are we going to know?' A second clerk said that in practice it generally does not matter."