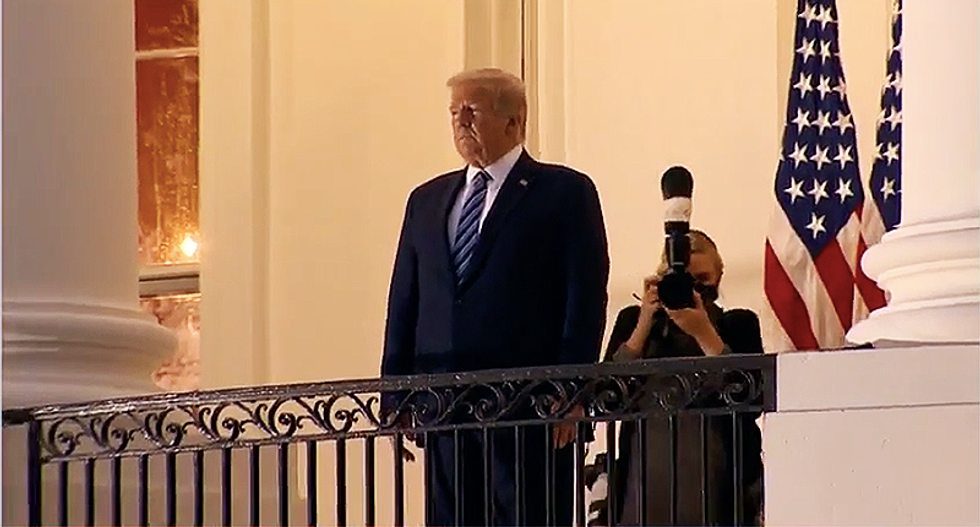 Trump photographer stands behind him as he reenters the White House (Photo: Screen capture)

The Lincoln Project is out with a new ad that has gasping breaths playing in the background of the video to President Donald Trump arriving home from Walter Reed hospital.

Trump left the hospital while fighting against COVID-19 on Monday, and slowly climbed the stairs to the Truman Balcony while breathing heavily.

"Donald Trump will never change," the ad says. "Over 200,000 Americans dead. Trump said COVID-19 affects almost nobody. But then he got it. Then his wife got it. His press secretary got it. His debate team got it. His White House staff got it. Trump turned the White House into a hot zone."

The ad continued saying that Trump is still trying to convince Americans that the greatest health threat to the U.S. in a century isn't "a big deal."